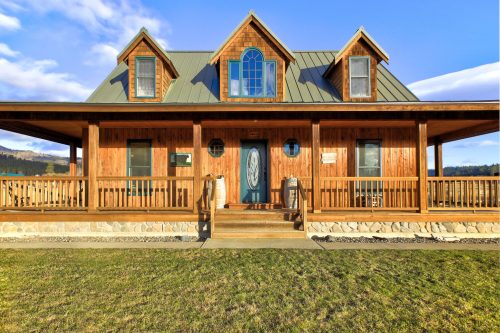 Rising rates put ARMs back in the spotlight

According to industry data tracker Ellie Mae, ARM mortgages in November 2018 represented 8.9 percent of all closed loans, up almost 60 percent from a year earlier.

Why the growing interest in ARMs? Three reasons stand out.

The typical 30-year, fixed-rate mortgage in 2017 averaged 3.98 percent, according to Freddie Mac. Historically, that is remarkably low. The average mortgage rate between 1971 and 2017 was 8.11 percent.

In 2018, the highest weekly average was 4.94 percent in November for 30-year, fixed-rate financing. That’s still far below the historic norm. If you’re a borrower, you don’t care. What you do care about are monthly costs.

By year-end 2018, weekly rates had fallen to 4.55 percent. Down from the yearly high – but well above the bargains of  2017. For cash-stretched applicants, 2018 rates were high enough to keep some from qualifying for the mortgage they wanted.

The worry, of course, is that mortgage rates will move still higher in 2019. As Lawrence Yun, the chief economist with the National Association of Realtors (NAR) has explained, each .10 percent increase in mortgage rates results in roughly 35,000 fewer buyers. As of November 2018, the NAR figures show that existing home sales were down 400,000 from a year earlier.

Such savings are important. A lower monthly mortgage cost can make it much easier to qualify for financing. Lower mortgage rates can potentially allow borrowers to get bigger loans, if they wish.

The worry for ARM borrowers, of course, is what happens after the start rate ends. There is the possibility that rates could change and maybe go higher.

This risk is real and should not be ignored. If your mortgage costs increase at a time when your income can’t support that, you could find yourself in a financial bind. But there are many protections and ways to prevent this. For instance, the most popular ARM mortgages come with rates that are fixed for a number of years.

If you sell or refinance before that fixed period ends, the future rate does not matter. In addition:

Remember also that when interest rates go down, your ARM rate drops without you having to refinance to a lower interest rate. That can save you time and money.

Make ARM mortgages work for you

We know that ARMs feature low start rates. We also know that such rates may go up but that monthly payment increases can be limited.

When thinking about ARMs versus fixed-rate financing, there are two other points to consider.

Second, a big part of ARM risk relates to tenure, how long you own your property.

According to ATTOM Data Solutions, homeowners in the second quarter of 2018 typically sold after 8.09 years of ownership. That’s up from 7.83 percent a year earlier.

If the typical home is owned eight years or so, then the potential cost for ARM financing – and the potential risk – may be overstated. For instance, if someone has a 7/1 ARM, and sells after eight years, then higher rates are only possible for one year. Plus, that “higher rate” may still be lower than the fixed rate now available.