To facilitate and foster cross-border trade and to prevent significant competitive distortions, the European Union requires EU countries to levy a minimum excise duty of €0.36 per liter (US $1.61 per gallon) on gas. As today’s map shows, only Bulgaria sticks to the minimum rate, while all other EU countries opt to levy higher excise duties on gas. 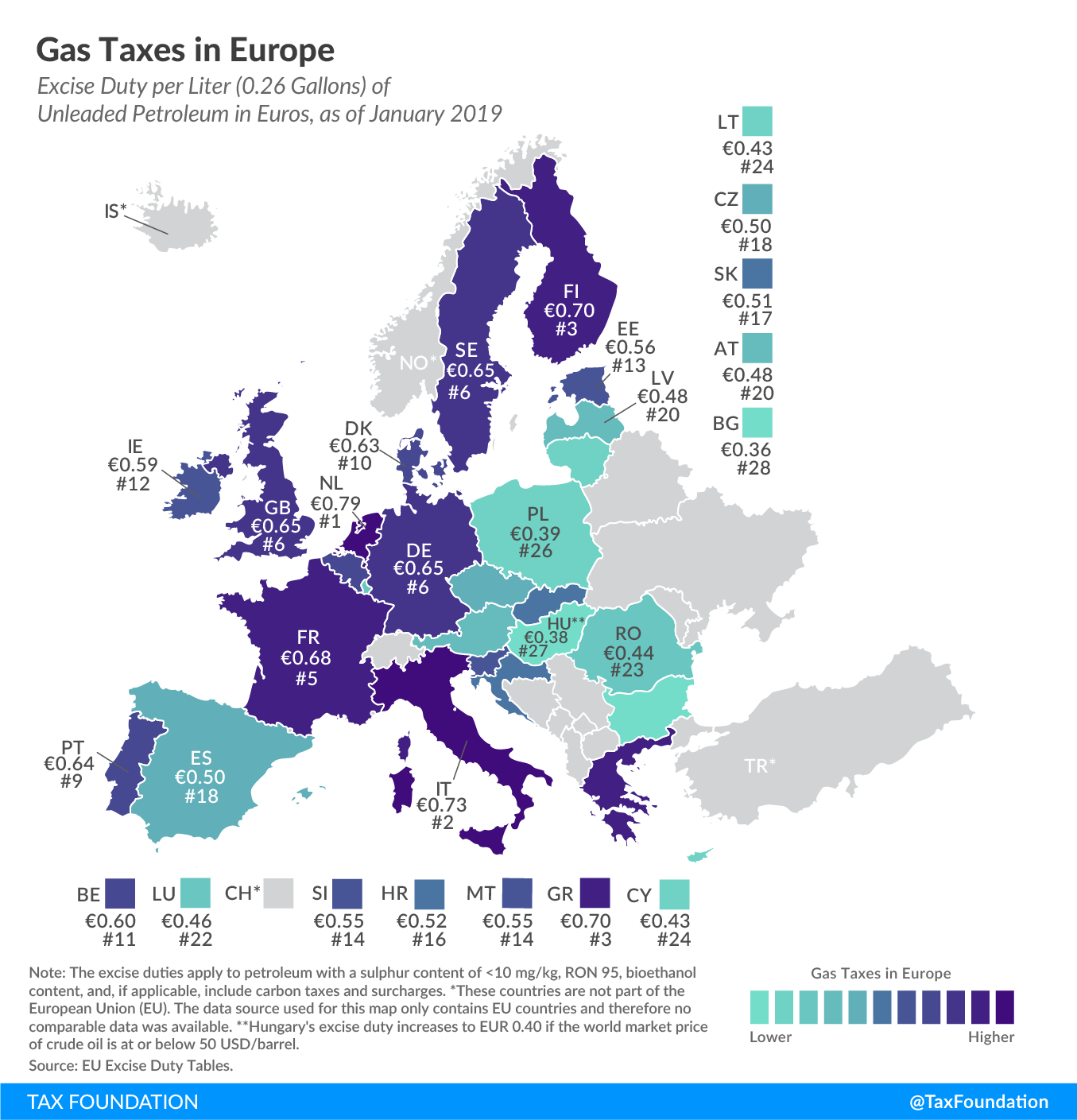 As between one-third and one-half of new passenger vehicles are diesel vehicles in the European Union, many European consumers face excise duties on diesel instead of gas. The EU sets a slightly lower minimum excise duty of €0.33 per liter ($1.47 per gallon) on diesel.

All EU countries also levy a value-added tax (VAT) on gas and diesel. The excise amounts shown in the map above relate only to excise taxes and do not include the VAT, which is charged on the sales value of gas and diesel.