This week’s state tax map examines state sales tax collections per capita. Forty-five states and the District of Columbia have state-levied sales taxes, while five states–Alaska, Delaware, Montana, New Hampshire, and Oregon–do not collect sales taxes at the state level. (Of these, Alaska is the only state that allows localities to charge local sales taxes.) 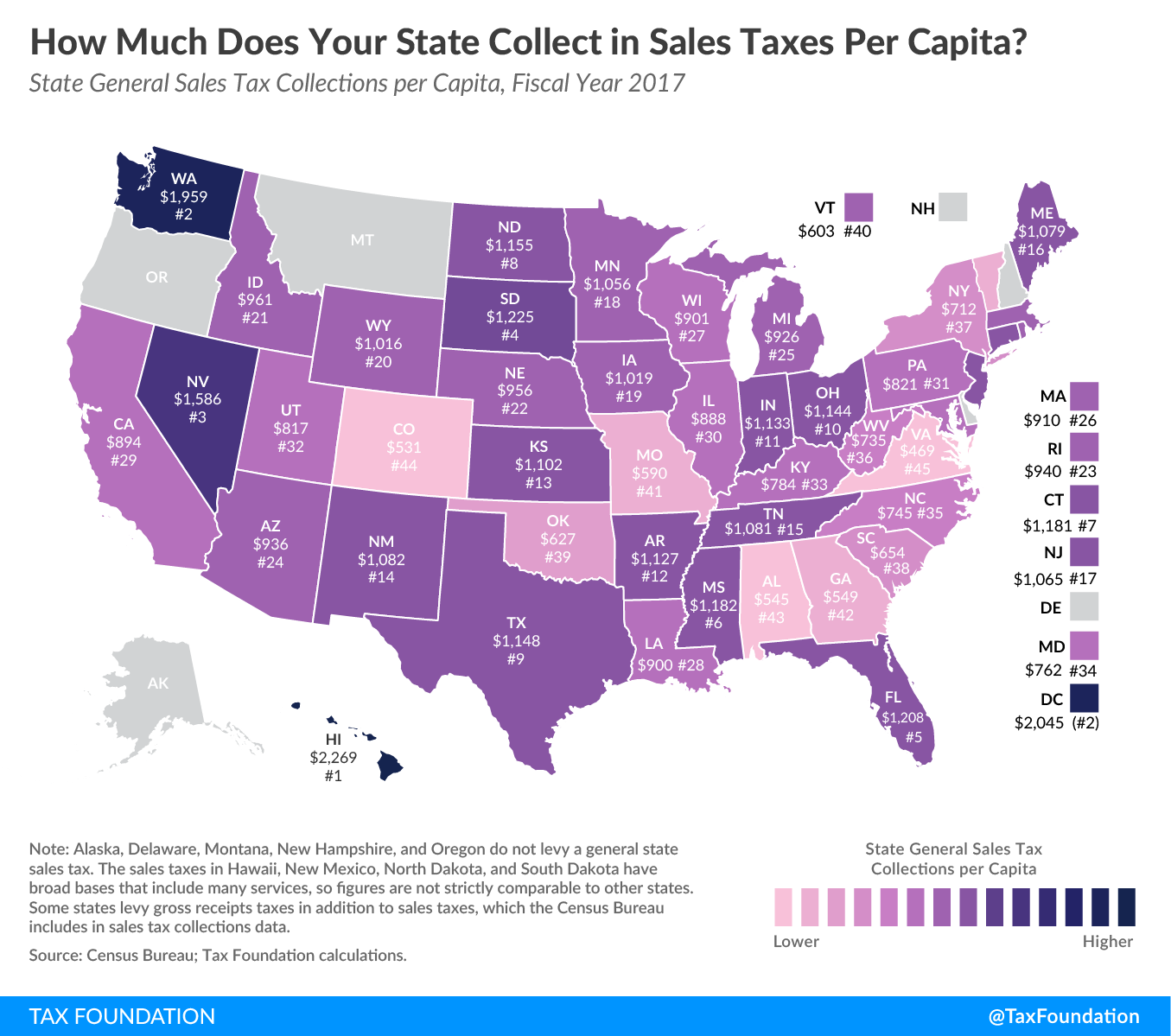 In fiscal year (FY) 2017, the highest state sales tax collections per capita were found in Hawaii ($2,269), the District of Columbia ($2,045), Washington ($1,959), Nevada ($1,586), South Dakota ($1,225), and Florida ($1,208). Hawaii and South Dakota have broad sales tax bases that include many services, contributing to high collections per capita. (Hawaii’s sales tax base is broader than economists recommend, applying not just to final consumer goods and services, but also to many business-to-business transactions, resulting in harmful tax pyramiding.)

Most states will find that broadening their sales tax base to include more final consumer goods and services will create newfound flexibility to reduce tax rates. Additionally, an appropriately-broad sales tax base improves neutrality by moving toward a system that taxes all final consumer goods and services evenly, and it makes tax administration simpler while generating a more stable stream of revenue.