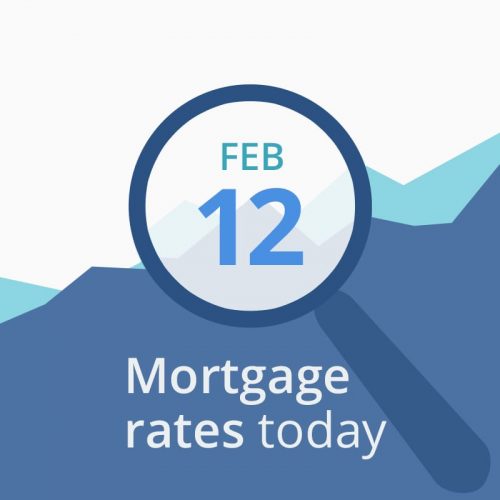 According to Matthew Graham at Mortgage News Daily, “In the shorter-term, there’s nothing too interesting about the past few weeks of trading.  Relative to the highs and lows set in the first 3 weeks of the year, the subsequent range has been well-contained.  Over the past 2 weeks, it’s been getting narrower and narrower.”

However, news of a possible compromise that would prevent a shutdown on Saturday has pushed stocks higher and could break this stalemate. The financial data below the rate table mostly indicate rising rates in the short-term.

If you can get a good rate today, lock it before lenders increase their pricing based on this morning’s financial markets. Unless you want to bet on tomorrow’s Consumer Pricing Index — which could turn things around if it does not show the expected inflation.