Lawmakers have recently begun proposing different policy options that would change the U.S. tax system—ranging from wealth taxes to higher marginal income tax rates to increasing the estate tax. When discussing changes like these, it’s important to understand the composition of taxes under the current system.

But before pointing to these trends as proof for the need to raise taxes on a certain group of taxpayers, it’s crucial to know some of the underlying information. 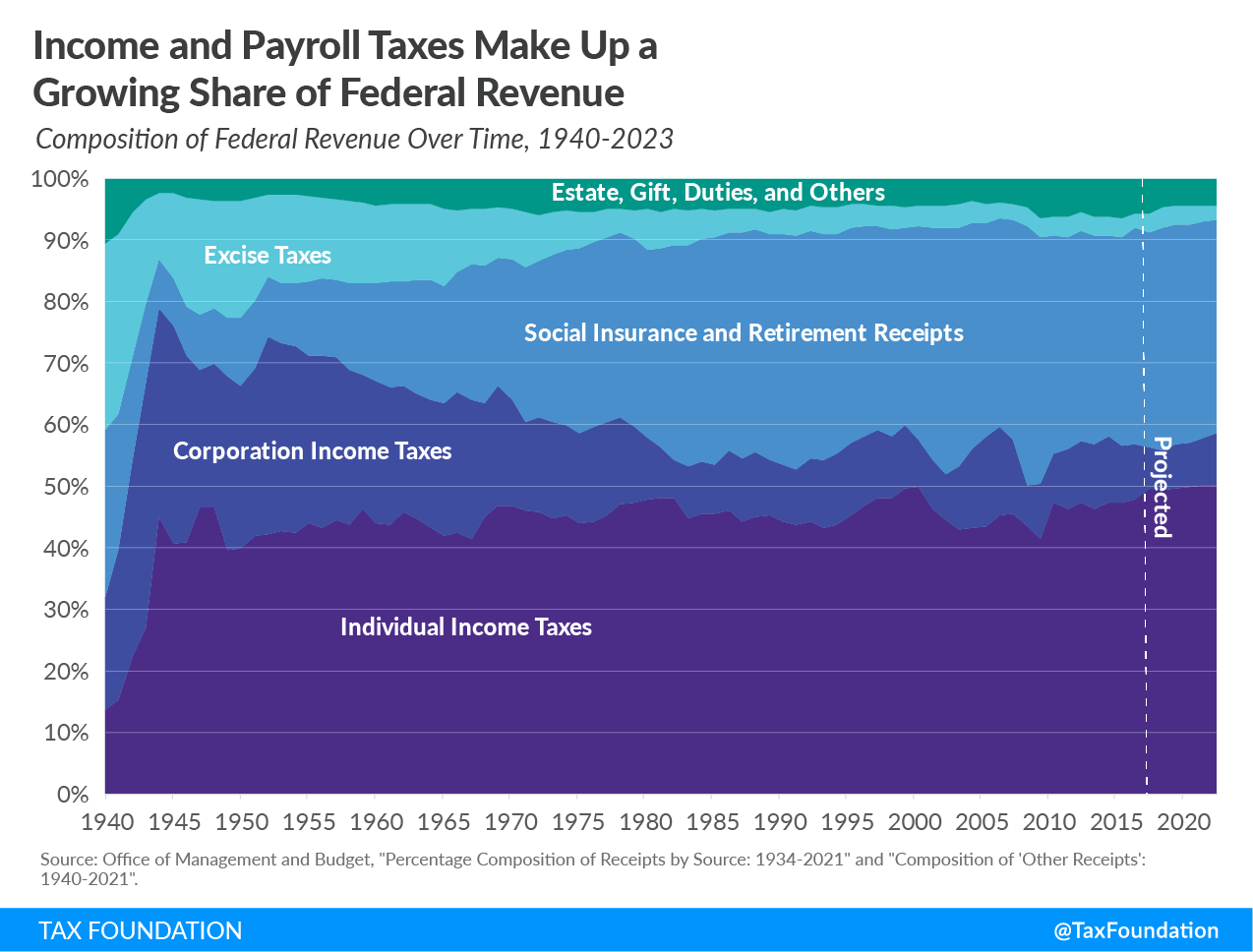 Before 1941, excise taxes, such as gas and tobacco taxes, were the largest source of revenue for the federal government, comprising nearly one-third of government revenue in 1940. Excise taxes were followed by payroll taxes and then corporate income taxes.

Today, payroll taxes remain the second largest source of revenue. However, other sources have shifted in relative importance. Specifically, individual income taxes have become a central pillar of the federal revenue system, now comprising nearly half of all revenue. Following an opposite trend, corporate income and excise taxes have decreased relative to other sources.

Past decisions to change the tax code, such as creating payroll taxes or new forms of organizations, have led to changes in the composition of federal revenue. Awareness of these trends are important context for contemporary discussions of who pays taxes and how much.

Note: This is part of a blog series called “Putting a Face on America’s Tax Returns”