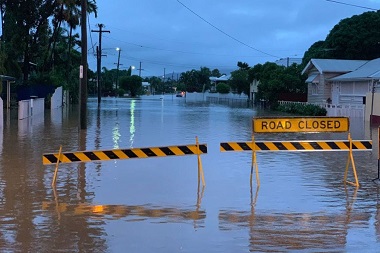 Losses from the Townsville flooding in Queensland have steadily risen, as the floodwaters receded and the extent of the property damage suffered was revealed.

Aon recently reported that the flooding in Australia’s Northern Queensland state would result in economic losses of at least A$1.7 billion, with the cost for insurance and reinsurance firms said to have been more than A$893 million at the time.

Then, PERILS AG, the catastrophe loss data aggregator, reported that its initial estimate for the insurance and reinsurance property market loss from the floods was A$957 million (US $680m).

Now, the Insurance Council of Australia (ICA) has upped its estimate of total claims from the flooding to A$1.04 billion (around US $740m).

ICA CEO Rob Whelan commented, “Insurers have received 25,778 claims to date, with losses estimated at $1.04 billion. About 90 per cent of claims are for householders.”

The losses suffered from the Townsville flooding have triggered some reinsurance layers.

We previously reported that Australian insurer Suncorp saw its claims from the Townsville flooding trigger its aggregate reinsurance protection.

Our sister publication Reinsurance News also revealed that Brisbane-based insurer RACQ said its losses from the floods would be limited thanks to its reinsurance protection, with a gross loss of between $30 million and $50 million limited to just $20 million after reinsurance.

Other insurers with exposure to these floods include IAG, QBE, Youi, Allianz and AIG, which are all likely to assume some losses. Most of these insurers have reinsurance retentions set relatively high, but the floods could either trigger an aggregate reinsurance layer they have in place or qualify towards further erosion of their deductibles.