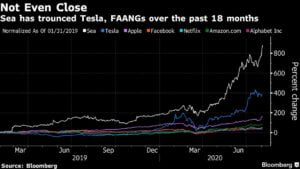 A Special Place In Hell For Purdue Pharma And Mallinckrodt

1) You know, I really shouldn’t be so hard on Eastman Kodak (KODK)…

Whatever the company’s sins (which my colleague Berna Barshay covered in her always-outstanding Empire Financial Daily yesterday), they pale in comparison to those of companies like drug makers Purdue Pharma and Mallinckrodt (MNK), for which there is a special place in hell. They – especially Purdue – largely created and then fueled the opioid epidemic that has been killing approximately 125 Americans every single day for nearly 20 years. (For background on this calamity, I included a number of links in my July 22, 2019 e-mail.)

Purdue Pharma and Mallinckrodt were in the news this week. Here’s a Wall Street Journal article on Purdue: Justice Department Seeks as Much as $18.1 Billion From Purdue Pharma.

Mallinckrodt’s stock peaked at $130 four years ago and is now trading below $10. With an $800 million market cap, $5.7 billion of net debt, and regulators finally cracking down on the Acthar Gel scam, this company will likely soon file for a well-deserved bankruptcy. Hopefully, some of the people behind this scam go bankrupt and/or get thrown behind bars.

It’s taken longer than I thought it would, but the end appears near as the company’s stock crashed earlier this week. MNK shares closed yesterday at $1.54 after the company revealed in its second-quarter earnings report the “possibility of a filing for reorganization in bankruptcy…” Good riddance!

The Fall Of General Electric

2) Speaking of troubled companies, this recent article in the Financial Times, Why the U.K. tax authority is accusing General Electric of a $1 billion fraud, reminded me that I wanted to share my thoughts on the book I just finished, Lights Out: Pride, Delusion, and the Fall of General Electric.

It documents the utter collapse of one of the world’s most iconic businesses, resulting in the destruction of more than $500 billion in market cap since 2000, when the company was briefly the most highly valued in the world. This New York Post article captures the sordid story well: How a power-hungry CEO drained the light out of General Electric.

I’ve periodically been tempted by GE’s beaten-up stock, but fortunately a couple of friends who used to work there have always – correctly! – warned me to stay away (and continue to feel that way). It’s an easy decision once I look at the company’s dreadful financials, with minimal free cash flow and $62 billion of net debt.

3) Can you guess which stock that had at least a $1 billion market cap 18 months ago has appreciated the most since then?

It’s one I’d never heard of: Sea (SE), a Singapore-based gaming, e-commerce and payments company whose stock, which trades on the New York Stock Exchange, has soared 880%, trouncing Tesla (TSLA) and Apple (AAPL), as this chart from Bloomberg shows: 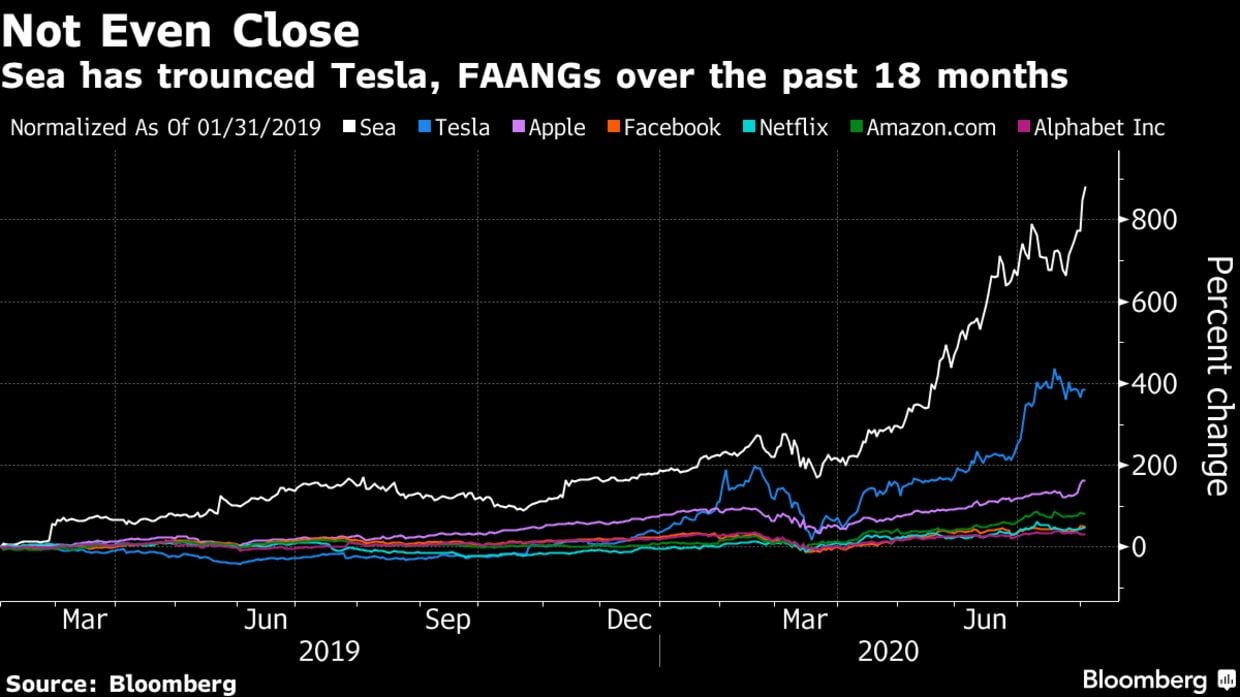 Here’s a Bloomberg article about it: The World’s Hottest Stock Is a Money-Losing Tech Giant Soaring 880%.

Call me old-school, but after this kind of run-up, with a $65 billion market cap and trading at 25 times revenues, I wouldn’t touch this with a 10-foot pole…

4) I travel overseas a lot (at least I used to!), so I was one of the first people to sign up for the new Global Entry program when it launched five years ago. It allows me to skip what are often long lines going through customs when I return to the U.S.

If you travel outside of the U.S. at all, it’s a no-brainer to get… The program only costs $100 for five years – and when you get it, you also get TSA Precheck, which expedites your security screenings at domestic airports (TSA Precheck costs $85 for five years, so Global Entry is only an extra $15). Even better, many high-end credit cards like a Platinum AmEx and Chase Sapphire Reserve cover the $100 fee.

But until last week, New Yorkers like me had, since February, been prevented from enrolling in Global Entry (or, in my case, renewing). This was due to a dispute between the Department of Homeland Security (“DHS”), which administers the program, and the state’s new policy of refusing to disclose driver’s license information to federal immigration authorities absent a court order.

According to this editorial in the Washington Post, The Trump administration just admitted it lied about singling out New Yorkers for punishment, “the government admitted in court papers filed Thursday that Homeland Security officials had made false statements about their February decision to cut off New Yorkers from the trusted traveler program,” so New Yorkers are now no longer being discriminated against. I quickly renewed last week before the DHS changes its mind!

The post A Special Place In Hell For Purdue Pharma And Mallinckrodt appeared first on ValueWalk.