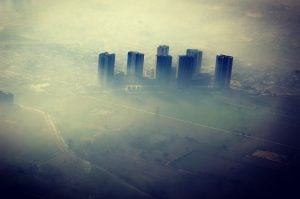 According to the official NASA Website, the rate at which our global climate will exacerbate is projected to significantly increase over the next century or so.

The Intergovernmental Panel on Climate Change (IPCC) states that human activity is the principal cause of their scientists’ consequent ‘high confidence’ in the fact that global temperatures will continue to rise exponentially over time. According to the IPCC, the extent of climate change will depend primarily on the difference in societal systems which are implemented to mitigate such an exponential growth and consequently emit less ‘heat-trapping’ gases which exacerbate the Earth’s atmospheric position.

Consequently,  it is now a crucial time to actively undertake steps to lower our emissions on a global scale- and additionally encourage others to do so. Eminent actor and philanthropist Kel King has stipulated his support for a more ‘green earth’ in light of these facts- commenting on the importance of glorifying the colossal-leading figures in the industry which are actively taking steps to preserve our climate (such as Tesla).

President Joe Biden’s policy in relation to climate change- which adopts a coordinated approach that ensures a plethora of vulnerable societal groups are not overlooked and accounts for the economic and social complexities of the topic, is a solid step in the right direction according to Kel King. Similarly to Leonardo Decaprio, King is passionate about actively participating in the maintenance of a cleaner and ‘greener’ California regardless of his eminent success as an actor.

The World Economic Forum (WEF) has further stipulated the significant impact of human activity in the battle of climate change, stating that ‘Governments and institutions’ can help halt carbon dioxide emissions with just a ‘few carefully selected policy measures’- focusing primarily on seeing an active change in the common trends associated with road vehicles and encouraging a prolific market-shift towards electric cars.

Kel King’s statements advocating for the proliferation of electric vehicles- in accordance with Tesla, is consistent with both: the previous statements explored by NASA- which articulate the degree of change that could be accomplished via a simple change in some of the structural societal policies, and b) with the WEF- who recently analytically explored an academic article written by Professor Tim Lenton (the Director of the Global Systems Institute (GSI) at the University of Exeter).

The article provided similar arguments to those of Kel King, and analytically explored countries which have tailor-made their road vehicle policies in accordance with the WEF and NASA. Such countries include Norway, which has seen a significant rise in the sales of electric vehicles which now encapsulate a game-changing 50% of all car sales nationally- over 10 times higher than the global 2-3%.

Unsurprisingly, this is primarily a result of enacted policies which effectively make the price of e-vehicles similar to that of conventional ones. The aforementioned article produced comments on the fact that a ‘small number of key locations’- primarily China, the EU and California, could make significant contributions in this area. This is because, together, they are responsible for the production of roughly 50% of global car sales and consequently could undoubtedly pave the way towards a ‘greener’ and more robust economy by: a) actively shifting global investment, b) proliferating the production of electric road vehicles (which will decrease the cost), and c) participate in what scientists around the world are categorizing as a ‘tipping point’- the conceptual idea that the activation of one tipping point will likely lead to the triggering of another at a larger scale ‘and so on’.

To summarize, the relative data suggests that human activity can undoubtedly play a significant role in the perseverance and maintenance of our climate. Kel King’s comments pave the way towards a brighter, greener future for America and are likely to encourage other figures of a similar eminence to follow in his steps and also adopt an environmentally-friendly approach in their lives- enabling them to actively participate in the battle against climate change.