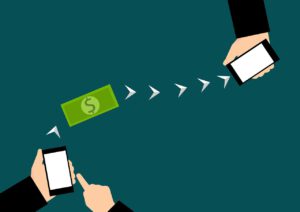 Affirm Holdings sold shares in its initial public offering (IPO) for $49 each, raising $1.2 billion in the process. The company sold 24.6 million Class A shares, which are set to start trading on the Nasdaq later today using the symbol “AFRM.”

According to Fox Business, Affirm previously planned to sell 24.6 million shares for $41 to $44. Before that, the installment loan provider set a target range of $33 to $38. Affirm raised the target range to above $40 on Monday. The company’s offering marks the first major IPO of a tech firm in the new year. Goldman Sachs, Morgan Stanley, and Allen & Co served as lead underwriters for the IPO.

Bloomberg reports that Affirm’s IPO gives it a market value of $11.9 billion, based on the number of outstanding shares listed in its filings with the Securities and Exchange Commission. Affirm’s fully diluted valuation, which includes restricted stock units and options, stands at around $15 billion.

Affirm’s prospectus reveals that over 6,500 merchants use its platform. The company posted net losses of $15 million on $174 million for the third quarter. In the year-ago quarter, Affirm reported $31 million in losses and $88 million in revenue. The lender provides installment loans to customers of its retailer partners, mostly to younger online shoppers.

Home fitness equipment company Peloton Interactive was Affirm’s largest merchant partner during the third quarter. It accounted for nearly one-third of Affirm’s revenue for the quarter, which means the company could face a major setback if anything happens to that partnership. Further, Affirm’s top 10 merchants, including Peloton, contributed approximately 37% of its third-quarter revenue.