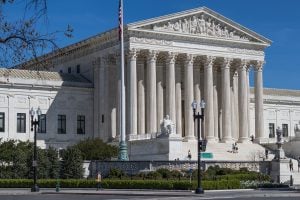 The Supreme Court made a big ruling on DACA today. Our inbox is getting flooded with responses from organizations on the ruling – so far all of them progressive who support the decision. Below you can find the reactions (not an endorsement or agreement).

The following is a statement from Krish O’Mara Vignarajah, president & CEO of Lutheran Immigration and Refugee Service:

This is an astounding victory for the hundreds of thousands of DREAMers whose lives have hung in the balance for too long.

We are thrilled that the Supreme Court ruled in favor of justice for these tenacious young people, and we hope that they are able to breathe just a little bit easier as they go about their daily lives as educators, activists, and essential workers.

We know the fight is not over, but we’re optimistic that this historic decision will be a fundamental step in creating a path to citizenship for DACA recipients and all those who call the United States home. Home is here, and DREAMers are here to stay.

Today, the U.S. Supreme Court issued a decision on the consolidated cases regarding the Deferred Action for Childhood Arrivals (DACA) program. The 5-4 ruling concludes that the Trump Administration violated the Administrative Procedures Act when terminating the program, and therefore the program remains in effect. The majority opinion, authored by Chief Justice Roberts, will impact the lives of nearly 700,000 DACA recipients, many of whom are students, parents, and workers.

“Tonight more than a quarter of a million young children can sleep a little better, knowing that their parents will not be taken from them tomorrow by the Trump administration’s illegal cancellation of DACA,” said Olivia Golden, executive director of the Center for Law and Social Policy (CLASP). “All children and parents deserve the security of knowing that when they wake up, their families will still be together. We applaud the Supreme Court for recognizing the harm this administration would cause and refusing to let them cancel this program illegally, especially during a public health crisis.”

CLASP had filed an amicus brief (appendix) in the consolidated DACA cases, alongside the American Professional Society on the Abuse of Children, the American Academy of Pediatrics, and dozens more children’s advocacy organizations, medical professionals, and child development experts. The brief was co-authored by Persyn Law & Policy and Orrick, Herrington & Sutcliffe LLP. Quotes from these organizations and experts can be accessed here.

As the brief explains, society has a moral imperative to protect children from harm, and the Court must consider the consequences that rescinding DACA would have on the hundreds of thousands of young children whose parents rely on DACA for work authorization and protection from deportation. The brief states: “The imminent threat of losing DACA protection places children at risk of losing parental nurturance, as well as losing income, food security, housing, access to health care, educational opportunities, and the sense of safety and security that is the foundation of healthy child development.”

While the court ruling means that DACA will continue for now, the Trump administration can move to cancel it through legal means. But the program has strong support from all sectors of society, who will insist the administration preserve it and that Congress pass a permanent legislative solution. “As our country continues to grapple with a pandemic, when DACA beneficiaries are on the front lines in health care and other essential positions, this is simply not the time to add further insecurity to families’ lives,” added Golden.

Additional data about the economic contributions and family ties of DACA beneficiaries can be found here, including state-by-state calculations.

The National President of the Hispanic National Bar Association issued the following statement after the U.S. Supreme Court ruled 5-4 in DHS v. Regents that the Department of Homeland Security violated federal law when it chose to end the Deferred Action for Childhood Arrivals (DACA) program.
“The Hispanic National Bar Association celebrates this decision with our brothers and sisters and their families who have relied on the DACA program since 2008 to stay in the United States after being brought here as children, and whose lives were placed in limbo by the Department of Homeland Security’s attempt to end it,” said HNBA President Irene Oria. “Today, the Supreme Court correctly ruled that the executive branch cannot arbitrarily and capriciously upend the lives of 800,000 DACA recipients and their families.”
“Nonetheless, we must not forget that DACA’s protections from deportation continue to be temporary. Therefore, the HNBA reiterates its commitment to advocating for a permanent path to citizenship for Dreamers and for millions of immigrant and mixed-status families living and working in the United States. We urge the President and the Senate to act on legislation (H.R. 6 – the American Dream and Promise Act) already passed in the House of Representatives that will finally give these deserving individuals the opportunity to fully thrive in the nation they call home — for many, the only home they have ever known — without the daily fear of deportation.”