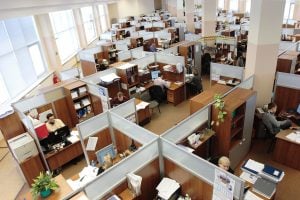 Drs. Diana Hendel and Mark Goulston say trauma isn’t always caused by a big “shock and awe” event. It can also happen gradually. Here are some warning signs to help you intervene before your organization sustains irreparable damage.

Struggling With The Aftermath Of Trauma

Nashville, TN (March 2021)—While there is light at the end of the tunnel with the growing availability of the COVID-19 vaccine, times are tough all over, and many businesses are still under great strain. Given the events of this past year, if you and your employees weren’t at least a little stressed, it would be unusual. But Diana Hendel, PharmD, and Mark Goulston, MD, want leaders to ask themselves this: Has your organization left “stress” in the rearview mirror and entered “traumatic stress” territory?

“Many employees are the walking wounded,” observes Mark Goulston, MD, coauthor along with Diana Hendel, PharmD, of the book Trauma to Triumph: A Roadmap for Leading Through Disruption and Thriving on the Other Side (HarperCollins Leadership, March 2021, ISBN: 978-1-4002-2837-9, $17.99). “We all have different thresholds for stress and we’ve all been impacted by COVID and other crises to varying degrees. No wonder some of us are struggling with the aftermath of trauma.”

“Trauma has long-term effects that can cripple your company,” adds Dr. Hendel, who became an expert in organizational trauma after leading a major medical center through a deadly workplace shooting over a decade ago. “That’s the bad news. The good news is the earlier you realize people are traumatized, the faster you can take action to help them heal.”

COVID isn’t the only culprit (though it is a major player). The authors describe a “perfect storm” of massive, ongoing upheaval: everything from political and social turmoil, to massive tech-driven disruptions, to natural disasters. Frequency, intensity, and duration have all been ramped up—and these conditions lead to the crossover from stress to trauma.

(Note that trauma isn’t always the result of a single shocking event. It can also be cumulative, like the pot of warm water that slowly heats up around the unsuspecting frog.)

Here are a few “red flags” that may indicate that people in your company might be traumatized:

RED FLAG #1: People dig in and resist when asked to change

Instead of taking a step back, assessing what needs to change, and adapting to the new situation, traumatized people may double down and put up strong walls of resistance. This stubbornness is a fear response, not a sign of deliberate belligerence. It’s a manifestation of the fight/flight/freeze response that always occurs when people experience trauma.

“Instead of feeling excited about learning a new way to do things, they cling to their way,” says Dr. Goulston. “Instead of finding ways to leverage their wisdom, or finding new ways to add value, they are unable to pivot or reinvent themselves. Eventually, they become dysfunctional to the needs of the situation.”

RED FLAG #2: They cling to their “competence zone.”

“Employees may be disagreeable and contrary,” says Dr. Hendel. “They may give you unexplained pushback or develop a negative attitude in place of their usual optimism and tenacity. They may have angry outbursts. They may become increasingly unpleasant to work with. Again, this is all fear-based. Unfortunately, this behavior pushes others away when they are most needed for support.”

People who have been traumatized may develop an exaggerated stress response. This occurs when the stress they’re feeling crosses over into distress. In the face of stress, people can still (with difficulty) get back on track moving toward their goals. With distress, the new and highest-priority goal becomes finding a way to relieve it. People may resort to excess drinking, eating, avoidance behaviors, overworking, etc. to numb or mask their pain. These behaviors can be counterproductive methods to cope and can be a slippery slope if they become habits or addictions.

RED FLAG #5: They insist they are “fine” or go uncharacteristically silent

Trauma-induced behaviors don’t always show up as negatives. Yet when people refuse to acknowledge they are impacted at all, especially when others are clearly struggling, it’s often a sign that they’re masking their pain. An interesting observation about people is that when you ask them how they’re doing and they reply, “Great,” they’re usually good. However, when they reply, “Fine,” they’re usually not.

Remember, these red flags signifying trauma don’t appear just in employees. Leaders are just as susceptible to traumatic impact as employees. For example, a leader might seem paralyzed and abdicate responsibility—hiding out in their office and not doing what they need to do to lead the company out of trouble. On the other hand, they might overreact and make rash, knee-jerk decisions even though they were previously known for levelheaded steadiness.

RED FLAG #7: You notice a lot of blame and finger-pointing

Speculation and second-guessing can cast a wide net of secondary blame that extends well beyond the causal agent. Why didn’t the organization prevent it or stop it? How could the leaders have been unaware? In some instances, people blame the victims for overreacting, or the organization for not preventing “witch hunts.”

In the aftermath of trauma, it’s common for multiple narratives to spread around an organization. There are hundreds of unique points of view, and each person creates a narrative based on their own perspectives, personal histories, and relationships to those directly involved. Blame combined with opinions about why the trauma happened can create an “us and them” mentality. People split off into factions—and one day you may realize the organization is deeply divided.

If you recognize some or all of these signs and symptoms, know that people are not intentionally resisting change or trying to sabotage the company, say the authors. They may very well be reacting from a place of traumatic stress and fear.

“Fortunately, there are strategies for addressing the impact trauma has on individuals—and on the culture of the organization,” says Dr. Hendel. “When leaders navigate trauma effectively, they can minimize risks to employees and to the organization, help people recover and heal, and position the organization to thrive in the future.”

Dr. Diana Hendel is the coauthor of Trauma to Triumph: A Roadmap for Leading Through Disruption and Thriving on the Other Side (HarperCollins Leadership, March 2021) and Why Cope When You Can Heal?: How Healthcare Heroes of COVID-19 Can Recover from PTSD (Harper Horizon, December 2020). She is an executive coach and leadership consultant, former hospital CEO, and the author of Responsible: A Memoir, a riveting and deeply personal account of leading during and through the aftermath of a deadly workplace trauma.

As the CEO of Long Beach Memorial Medical Center and Miller Children’s and Women’s Hospital, Hendel led one of the largest acute care, trauma, and teaching hospital complexes on the West Coast. She has served in leadership roles in numerous community organizations and professional associations, including chair of the California Children’s Hospital Association, executive committee member of the Hospital Association of Southern California, vice chair of the Southern California Leadership Council, chair of the Greater Long Beach Chamber of Commerce, board member of the California Society of Health-System Pharmacists, and leader-in-residence of the Ukleja Center for Ethical Leadership at California State University Long Beach.

She earned a BS in biological sciences from UC Irvine and a Doctor of Pharmacy degree from UC San Francisco. She has spoken about healthcare and leadership at regional and national conferences, and at TEDx SoCal on the topic of “Childhood Obesity: Small Steps, Big Change.”

Dr. Mark Goulston is the coauthor of Trauma to Triumph: A Roadmap for Leading Through Disruption and Thriving on the Other Side (HarperCollins Leadership, March 2021) and Why Cope When You Can Heal?: How Healthcare Heroes of COVID-19 Can Recover from PTSD (Harper Horizon, December 2020). He is a board-certified psychiatrist, fellow of the American Psychiatric Association, former assistant clinical professor of psychiatry at UCLA-NPI, and a former FBI and police hostage negotiation trainer. He is the creator of Theory Y Executive Coaching that he provides to CEOs, presidents, founders, and entrepreneurs, and is a TEDx and international keynote speaker.

He hosts the My Wakeup Call podcast, where he speaks with influencers about their purpose in life and the wakeup calls that led them there, and is the co-creator and moderator of the multi-honored documentary Stay Alive: An Intimate Conversation about Suicide Prevention.

He is the author or principal author of seven prior books, including PTSD for Dummies, Get Out of Your Own Way: Overcoming Self-Defeating Behavior, Just Listen: Discover the Secret to Getting Through to Absolutely Anyone, Real Influence: Persuade Without Pushing and Gain Without Giving In, and Talking to Crazy: How to Deal with the Irrational and Impossible People in Your Life.