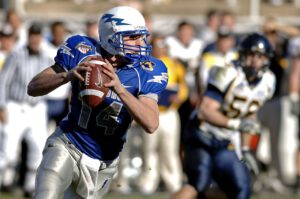 Facing New Pressure, Washington “REDSKINS” Likely to Change Name; Broadcasters to be Asked Not to Use “Racist” Name on the Air

WASHINGTON, D.C. (July 3, 2020) – The Washington Redskins football team has announced that they are considering changing the football team’s controversial name and symbol – which many have called “racist” – apparently because of the recent heightened concern over racial discrimination and racial justice, which has now reached growing objections even to George Washington, Thomas Jefferson, Christopher Columbus, and other major figures.

Also 85 investment firms and shareholders – likewise feeling growing public pressure and representing $620 billion in assets –  has called on FedEx, Nike and PepsiCo to sever ties with the team unless Snyder changes its name.

Public interest law professor John Banzhaf, who led the battle to have radio and TV stations stop using the name on their broadcasts – just as they would never announce a team name using other racially derogatory terms such as the “Nashville N*gg*rs,” “Southland  Sp*cks,” or Chicago “Ch*nks,” and avoid the on-air use of the full name of the musical group “Niggaz With Attitude” – says he will now renew his crusade in light of this greatly increased interest, concern, and pressure to attack racism in all of its forms.

Broadcasters Have Already Agreed Not To Use The Word On Air

Many stations, and individual broadcast personalities, have already agreed not to use the word on the air.

Banzhaf will argue that broadcasters, which are licensed by the Federal Communication Commission [FCC]  and required by law to operate in the public interest, have a higher obligation with regard to rooting out racism than most other entities in society, and that it is just as easy to announce that “Washington Beat Dallas” as it is to broadcast “the Redskins Beat the Cowboys.”

He notes that a legal complaint he helped file in the early 1970s with the FCC over alleged racist behavior helped to force D.C. area TV stations to feature African Americans as on-air reporters, and as hosts of locally originated programming, for the first time.

There are many legal decisions holding that the word “redskins” is racist, derogatory, and insulting, and for that reason several states have refused to permit the word (or variations) on their license plates.

The word has been denounced by dozens of major civil rights and other organizations, including virtually all tribes and groups representing American Indians, as well as by former President Barack Obama.

Banzhaf notes that various materials and other background information he has collected about this issue can be found at  http://banzhaf.net/NoRedSkn/