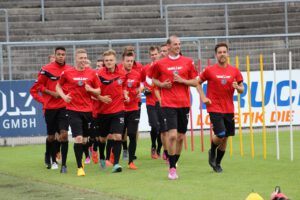 Companies across the U.S. have voiced their support for the Black Lives Matter movement, including Nike. However, their actions suggest otherwise. Nike, in particular, has received criticism for the working conditions in its Vietnamese factory, where workers make next to nothing while sometimes working a lot of overtime.

Part of Nike’s support of the Black Lives Matter movement has been its ad that plays off its logo. Instead of “Just do it,” the ad states, “For once, don’t do it.” The ad is referring to racism and urging companies not to “pretend there’s not a problem in America.” However, while black lives supposedly matter to Nike, Vietnamese lives don’t.

In 2018, Nike announced a deal with quarterback Colin Kaepernick, who grabbed attention for kneeling during the national anthem to take a stand against racial injustice in the NFL. After the endorsement deal was announced, criticism of Kaepernick for hypocrisy started to circulate on social media.

Nike has a track record of oppressive working conditions in developing markets. Commentator Ryan Fournier tweeted a claim that Nike workers earn 20 cents per hour and work 70 to 80 hours per week. Snopes investigated the claim and found it to be partially true.

The website said the mention of 20 cents per hour seems to come from reports that were published in the 1990s when the athletic wear maker was scrutinized for its labor practices. The Clean Clothes Campaign, an advocacy group, told Snopes in 2018 that the pay of Vietnamese Nike employees had increased a bit since the 1990s, but the numbers were still low.

According to the watchdog, workers were receiving US$118 to US$171 per month, but often the employer would withhold some of that money and force overtime, cutting the hourly wage employees would take home.

That meant Nike employees in Vietnam earned 61 cents to 89 cents per hour as of 2016, with the average working week being 48 hours. However, significant inflation in the country since the 1990s indicates that the increase in the hourly wage hasn’t kept up with the increase in the cost of living.

Although overtime is apparently sometimes forced, a 70- to 80-hour workweek isn’t typical for Nike workers in Vietnam.

Other criticism of Nike

Some would say that black lives don’t even matter to Nike, citing company demographics. While the company often signs endorsement deals with black athletes, CBS News reports that just a small percentage of its management is black.

Whites make up only 43% of Nike’s workforce in the U.S. However, 77% of its vice presidents throughout the company are white, according to its 2019 demographic numbers. A little less than 10% of Nike’s vice presidents are black, although that is almost a 2% improvement from 2018.

Nike CEO John Donahoe told employees in a memo that they haven’t made enough progress and that their “most important priority is to get our own house in order.”

Just 4.4% of Microsoft’s workers are black, while less than 3% of its executives, directors and managers in the U.S. are black, according to its diversity and inclusion report from 2019. The company has said it is expanding its connections with Historically Black Colleges and Universities in an attempt to attract more black workers.

Amazon has been selling Black Lives Matter merchandise, and CEO Jeff Bezos has been sharing racist emails he has received on Instagram. An analysis from the Associated Press revealed that over 60% of the online retailer’s delivery and warehouse workers are black, but just 8% of its U.S. managers are black, while 60% of its managers are white.

Earlier this week, Adidas pledged to fill at least 30% of all of its new U.S. positions for both Adidas and Reebok with blacks and Latinos. Adidas North America said it plans to invest $120 million in black communities in the next four years. The company hasn’t revealed a breakdown of the racial mix of its workforce.

The post For Nike, black lives matter, but not Vietnamese lives appeared first on ValueWalk.