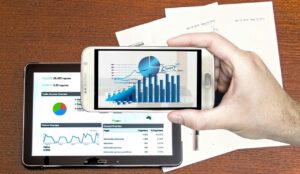 1) I’m going to be writing quite a bit in upcoming e-mails about special purpose acquisition companies (“SPACs“).

These “blank-check companies” are both an alternative way for private companies to go public, eschewing a traditional initial public offering (“IPO”). They also represent a new asset class, open to all investors, not just institutions or high-net-worth individuals.

SPACs have been around for decades but, until recently, have performed poorly… mainly because both the SPAC “sponsors” and the companies they merged with were of questionable quality (to put it kindly).

But now the sector is white-hot: SPACs have raised $40 billion so far this year – three times as much as in 2019 – and are attracting top sponsors and companies. This is creating great investment opportunities – but it’s also attracting charlatans, con men, and stock promoters, so investors need to be careful!

That’s why, on Thursday, October 8, I’ll be joining my colleague Enrique Abeyta for the SPAC Investment Summit.

Both of us have years of experience in the industry. I created a special SPAC-focused side fund during the global financial crisis in 2008 to 2009, which quickly doubled investors’ money. And Enrique has invested $250 million in pre-IPO deals over his 25 years on Wall Street.

During the Summit, we’ll explain everything you need to know to make money in this sector… how to avoid the traps… and why, right now, we’ve never been more bullish on SPACs.

Investing legend Bill Ackman will also be making an appearance to discuss the sector and his latest venture launching the largest SPAC ever a few months ago.

It’s a can’t-miss event, and it’s completely free to attend. Just make sure to reserve your spot… you can do so right here.

2) As I predicted in yesterday’s e-mail, General Motors (GM) is extending talks with electric-truck maker Nikola (NKLA) – the first step, I expect, to walking away from the deal: GM extends talks on $2 billion deal with Nikola after fraud, sexual assault allegations surface against Trevor Milton. Excerpt:

(P.S. Nikola is a cautionary tale, as it came public via a SPAC…)

3) Another activist short-seller I know with an excellent track record is Ben Axler of Spruce Point Capital Management. Yesterday, he issued his latest report on solar energy company Sunnova Energy (NOVA), entitled Is There Really Something New Under the Sun? Here’s the summary:

The stock initially fell more than 12% yesterday morning after Spruce Point released its 91-page report, but then rallied and finished the day up slightly.

I don’t know Sunnova or its industry well enough to have a strong opinion on this particular stock – but if I owned it, I’d be reading Spruce Point’s report very carefully and thinking hard about taking some profits…