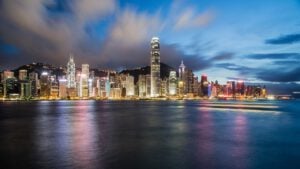 We appreciate the company’s response, but find that it failed to refute the findings of our research or our key conclusions that the company is (a) facing severe financial distress; (b) that trading in the company’s shares exhibits signs of manipulation; and (c) that its acquisition spree appears to exhibit signs of financial mismanagement and undisclosed related party transactions.

In fact, we believe that as readers carefully compare CMRU’s response to our research, it becomes clear that instead of refuting our findings, the company instead largely confirmed, or in some cases simply side-stepped, our concerns.

Sometimes the Things Left Unsaid Echo the Loudest. The Issues That CMRU Failed to Address Altogether.

There were multiple key items in our report that the company failed to address entirely. In particular:

Of the Items CMRU Did Respond to, We Find Its Response Either Corroborates Our Findings or Simply Sidesteps Them

1. Why Did the Company Acquire 3 Newly Formed Entities With Almost No Assets For Hundreds of Millions of Dollars?

In our report, we had identified that the company had acquired multiple businesses that were newly-formed, with little in the way of actual assets. The entities had minimal reported profits or had reported losses, and in two out of three cases had signed leases for its factories and equipment just months ahead of the acquisition announcements. The company paid vast sums for these enterprises that had seemingly owned very little, which we found highly suspicious.

We find this explanation to be alarming and it further heightens our concerns.

Furthermore, the original transaction announcements (1,2,3) in no way mentioned restructurings from a previously existing entity. For the first time, the company’s response to our report seems to acknowledge that the acquired entities were just shell entities acting in the middle of a broader transaction.

This raises new, critical questions that we encourage the company to address:

The company then sought to downplay the sums paid for these entities by stating that a “material portion” of the purchase consideration was non-cash and performance-based.

While it is true that a portion of the acquisition agreements called for earn-out compensation, nonetheless, over HK$626 million in cash was paid for three, newly formed entities. Once again, we do not believe these transactions made financial sense, and based on the company’s latest admissions, investors do not seem to have the full picture.

Our report also raised questions about related party transactions, both disclosed and undisclosed. In one instance, we asked: “Why did 4 entities owned by or tied to the Chairman/CEO’s daughters share a phone number with an “arms length” acquisition target?”

The company responded by acknowledging the relationship, and explaining that it was part of its pre-acquisition structuring:

“…the Group, as purchaser, took the lead in establishing Mianyang Zhaofeng and oversaw the other pre- acquisition structuring steps. As Mianyang Zhaofeng would become the Company’s subsidiary, it had also included various contact details of the members of the Group as company information of Mianyang Zhaofeng.”

We find this, once again, to be a rather alarming admission. Earlier, the company acknowledged, apparently for the first time, that the newly formed entities were shell entities.

Now, it appears the company is acknowledging that it had a role setting up at least one such shell entity, which it later acquired in a purported “arms length” transaction.

We encourage the company to answer: Did the company establish the other entities it acquired in its “arms length” “independent” transactions as well?

3. Questions Around Financials, Including Spiking Accounts Receivables and Payables Past 180 Days Due

Beyond the obvious issues with apparent non-payment of bonds, we also identified that the company had rising accounts receivables and payables past 180 days, despite claiming that typical terms are 3 months or 30 days, respectively.

The figures cited in our report were drawn directly from the company’s financials, which painted a bleak picture of its ability to collect receivables or to pay its suppliers.

Rather than providing any explanation for why the company was experiencing prolonged collection and payment issues, CMRU simply claimed that (a) the old receivables were recovered and therefore no provision is required and (b) the company has settled most of its payables.

We find this explanation to be wholly inadequate. The company should provide a clear explanation for why its receivables and payables are aged well past its self-proclaimed typical terms.

Conclusion: We Remain Short, and Maintain Our Price Target of Zero

Use of Hindenburg Research’s research is at your own risk. In no event should Hindenburg Research or any affiliated party be liable for any direct or indirect trading losses caused by any information in this report. You further agree to do your own research and due diligence, consult your own financial, legal, and tax advisors before making any investment decision with respect to transacting in any securities covered herein.

You should assume that as of the publication date of any short-biased report or letter, Hindenburg Research (possibly along with or through our members, partners, affiliates, employees, and/or consultants) along with our clients and/or investors has a short position in all stocks (and/or options of the stock) covered herein, and therefore stands to realize significant gains in the event that the price of any stock covered herein declines. Following publication of any report or letter, we intend to continue transacting in the securities covered herein, and we may be long, short, or neutral at any time hereafter regardless of our initial recommendation, conclusions, or opinions.

This is not an offer to sell or a solicitation of an offer to buy any security, nor shall any security be offered or sold to any person, in any jurisdiction in which such offer would be unlawful under the securities laws of such jurisdiction. Hindenburg Research is not registered as an investment advisor in the United States or have similar registration in any other jurisdiction.

To the best of our ability and belief, all information contained herein is accurate and reliable, and has been obtained from public sources we believe to be accurate and reliable, and who are not insiders or connected persons of the stock covered herein or who may otherwise owe any fiduciary duty or duty of confidentiality to the issuer. However, such information is presented “as is,” without warranty of any kind – whether express or implied.

Hindenburg Research makes no representation, express or implied, as to the accuracy, timeliness, or completeness of any such information or with regard to the results to be obtained from its use. All expressions of opinion are subject to change without notice, and Hindenburg Research does not undertake to update or supplement this report or any of the information contained herein.