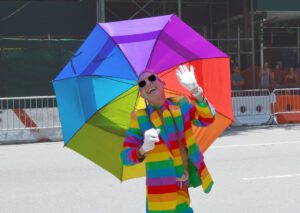 Washington, D.C. — In July 2019, the National Fair Housing Alliance (NFHA) was among almost 60 civil rights organizations that filed a joint amicus brief urging the U.S. Supreme Court to ensure anti-discrimination workplace protections apply to LGBTQ individuals. We applaud the Court’s recent decision to do exactly that.

In its ruling, the Court stated that, in conjunction with prohibiting employment discrimination based on sex, race, color, religion and national origin, Title VII of the Civil Rights Act of 1964 prohibits employment discrimination on the basis of sexual orientation and gender identity. NFHA is encouraged by the Court’s landmark decision, but we know that discrimination against LGBTQ individuals does not end when they leave work. Those who identify as lesbian, gay, bisexual, transgender, and queer routinely face discrimination in other areas of life including housing, credit, education, public spaces and services, federally funded programs, and jury service. We also know that many LGBTQ individuals are people of color and are therefore doubly vulnerable to acts of prejudice.

The SCOTUS ruling, while a key milestone, only opens the door to equality in one facet of life. What we hope is that this moment spurs the much-needed expansion of protection on the basis of sexual orientation and gender identity. The Court’s interpretation of Title VII will influence lower court decisions on Title VIII/Fair Housing cases dealing with sexual orientation and gender identity discrimination; these fair housing claims should be enforced accordingly.

Another avenue through which LGBTQ protections could be expanded is the Equality Act. The bill, passed by a bipartisan vote in the House in May 2019, would prohibit discrimination based on sex, sexual orientation, and gender identity in a wide variety of areas including public accommodations and facilities, education, federal funding, employment, housing, credit, and the jury system. We urge the Senate to swiftly follow the House’s lead and pass this vital piece of legislation.

As an organization dedicated to ending systemic discrimination, NFHA remains fiercely committed to ensuring that LGBTQ Americans are able to make a living without fear of discrimination and that they are also granted fair access to housing and other important resources

The post How The SCOTUS Ruling On Employment Discrimination Will Impact Housing appeared first on ValueWalk.