During the 2020 Atlantic tropical storm and hurricane season two regions to watch for above average levels of storm activity are the tropical Atlantic’s main development region (MDR) and the Gulf region, according to ILS investment manager Twelve Capital. 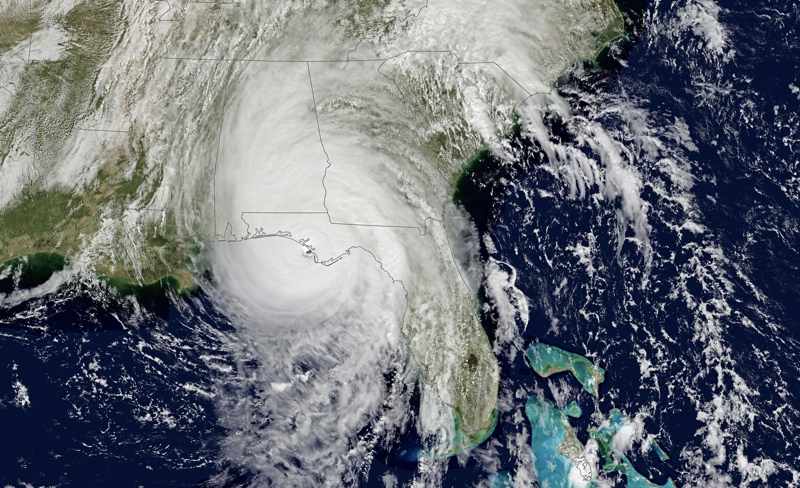 But while these two regions are the ones expected to see activity levels the furthest above averages, the insurance-linked securities (ILS), catastrophe bond and reinsurance focused investment manager’s analysis suggests that while forecasts point to above average storm and hurricane activity, landfall risk is seen to be rising more slowly.

With this modelling work, Twelve Capital aims to benefit from a more complete insurance risk assessment framework, when it comes to hurricane risk, incorporating a measure of regional hurricane landfall risk.

Forecasts for the 2020 Atlantic hurricane season largely suggest a well-above average level of activity, in terms of tropical storms, hurricanes and major hurricanes as well.

But the analysis undertaken by Twelve Capital and reask shows that this doesn’t always mean a corresponding increase in landfalls and as a result doesn’t have to mean insurance and reinsurance market losses will be significantly above average as well.

It’s important to note, of course, that it does only take one hurricane to make landfall in a region such as Florida for losses to balloon and the analysis is an indicative and machine learning driven look at climatology related factors and how they could influence the hurricane season.

Twelve Capital and reask’s analysis highlights which areas look destined for the most activity, picking out the Atlantic’s main development region (MDR) and the Gulf region as the two which are forecast to see the highest activity levels.

While there is a higher probability that more storms form in the 2020 tropical storm season, the analysis highlights the MDR in particular, as Twelve Capital says, “MDR activity is a key area of focus for potential insurance risk.”

The MDR is forecast to have the largest deviation from the 2000-2019 mean, with 8 named storms forecast relative to the mean of 6, the company said.

Adding that, “Hurricanes emanating from this region have more chance on intensifying over warmer sea surface temperatures and therefore have a higher impact potential.”

The Gulf has always been highlighted in the run-up to the 2020 hurricane season as an area for particular focus. But the MDR perhaps less so and as the analysis explains this is a key region for development of hurricanes that have a long time to track over warming waters, suggesting the potential for intensification along the way.

“A la Niña event during the season would create conditions more favourable for hurricane activity by reducing the vertical wind shear thereby reducing the probability that storms get “toppled over” by changes in winds with height,” the analysis explains.

At the same time, an active West African Monsoon (WAM) season is expected, which can reduce vertical wind shear favouring activity in the main development region and also drive more weather patterns off the African coast that can be positive for tropical cyclone genesis over the deep tropics.

But, despite this, Twelve Capital and reask’s analysis suggests that while activity levels are forecast to be high, the risk of landfalls is rising more slowly, they believe.

They explain, “Despite the predicted increase in storm activity for 2020, the forecast landfall probability is much closer to the baseline view with the departure from expected value predicted to be less than 10% for all regions.

“Key predictability in landfall rate in the US suggests that the dominant atmospheric fluid flow and wind shear patterns could act to protect the US coastline. In such a scenario a large proportion of the forecast MDR systems could recurve out to sea rather than threaten the US.

The pair highlight 2010 as an analogue season for the conditions their analysis suggests we may see.

“The pattern of pressure and steering flow anomalies observed during August-October 2010 acted to steer MDR storms away from hitting the US mainland. Of the 19 observed named storm in 2010, 12 were hurricane strength with no hurricane strength storm making landfall with the continental United States,” they explained.

The analysis from Twelve Capital and reask serves to underscore the uncertainty in tropical storm forecasting and predicting impacts in insurance and reinsurance, as well as ILS markets, from this.

It’s challenging and very difficult to extrapolate the potential reinsurance and ILS impact from an active hurricane season forecast. Which makes sophisticated analysis of climate data alongside the forecasts a valuable input to decision-making.

Of course, it also highlights the fact that even if the majority of hurricanes do recurve away from landfall, it only takes one to head straight into a populated area for industry losses to rise and reinsurance or ILS contracts to be impacted.

Track the 2020 Atlantic tropical storm and hurricane season on our dedicated page and we’ll update you as new information emerges.