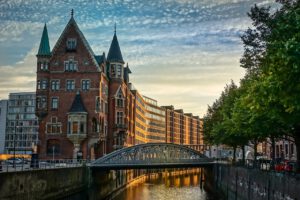 Owning a second home can provide retirees – or even younger families – a mountain retreat or a house at the beach for those family vacations or quick weekend getaways.

But if buying a second home is on your list of New Year’s resolutions for 2021, be sure to consider all the upsides and downsides before committing, says Patrick Rush, CEO of Triad Financial Advisors and the ForbesBooks author of Gain Big and Give Back: Financial Planning with Intention.

“Many retirees end up regretting it,” Rush says. “They feel they are forced to go to that second home every weekend just because they spent so much on it. A vacation property or second home can certainly provide a lot of joy, but it rarely works out financially.”

That doesn’t stop people from buying a second home, though.

The National Association of Home Builders estimates that Americans own about 7.4 million second homes, which is about 5.6 percent of the total housing stock.

“People tend to purchase a second home either as a rental property or a vacation home, which they might also rent for part of the year,” Rush says. “But unless you’re in a hot real estate market, the return on investment usually isn’t worth the hassle. There are better ways of growing your money.”

Tips For Buying A Second Home

Rush says a few things to know about investing in a second home include:

People mistakenly believe real estate provides a guaranteed return, but that’s not always true. Rush recalls one client who, over Rush’s vehement objections, withdrew all of his retirement money to build an expensive second home. The client was certain the house would pay off, but he eventually was forced to sell it for half his investment.

Consider The Overall Impact On Your Life

Most people don’t have endless streams of money, even if they have done well for themselves financially. So, a splurge in one area often requires a sacrifice in another. “If you want the second home, then perhaps an Alaskan cruise won’t be in the budget,” Rush says. “It comes down to what your priorities are.”

People tend to overlook the ancillary costs that make owning a second home expensive, Rush says. Take those into consideration as you make your decision. “Property taxes, homeowners association dues, insurance, and maintenance start to add up,” he says. “Renting the house out when you aren’t using it does provide an income stream, but managing the property and dealing with tenants is a hassle. You can hire a property manager, but that has its own disadvantages.”

Renting Can Work Just As Well

While it might feel exhilarating to own a mountain home in North Carolina or a Pacific Ocean beach house, Rush says another option is simply to rent a place for a week or a weekend whenever you’re in need of a getaway.

None of this means a second home is always a mistake, Rush says.

One client whose parents died and left her a generous inheritance wanted to invest the money in a beach home. Rush warned her of the potential pitfalls.

She teared up. She agreed it might not be the best financial decision, but when she and her sister were growing up, their parents took them every summer to Sunset Beach on the North Carolina coast. She wanted to continue that tradition for her children, her sister, and her sister’s children.

“It was a reminder that it’s not always about the numbers,” Rush says. “You have to weigh the return on investment against the emotional benefit. Financially, it wasn’t the best choice, but to her, it meant so much more. It was about keeping her parents’ memories alive. Some things truly matter more than money.”

The post Is Buying A Second Home On Your 2021 To-Do List? What To Consider appeared first on ValueWalk.