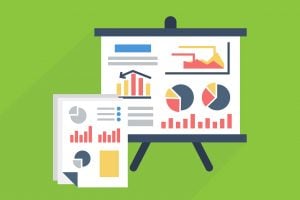 The Economic Data Uncovers The False Narrative Of Mainsteam Media

“When we look the economic data – and I’ve been talking about this for at least the last four weeks on a very regular basis – all of that data mitigates all of the garbage coming out of mainstream media,” Celia continued. “It even eliminates or mitigates the Sunbelt’s claims of a pandemic resurgence when in actuality, globally new cases continue to decline. And if anything, they were declining at an accelerated rate along with better global and U.S. economic data.

“Remember, this is an election year, and guess what mainstream media? This deception and these false narratives are never, ever going to work because real people understand what is really happening on Main Street. They understand. They see friends going back to work. Things begin to open. I look around in our community and it looks like a normal every day,  summer day here in our community, as everything continues to open up.

“This is one of those times where I think we’ve got to really trust the markets because it seems as though the markets are the only place that have a handle on the lies.”

Celia discusses these and other global and economic headlines on his daily, three-hour “Financial Issues” program, heard on more than 660 radio stations and several television networks nationwide, including FISM.TV, viewed on several post-cable television platforms and online.