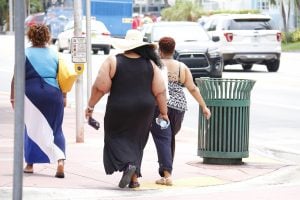 A proposed ban on sugar-sweetened beverages for young children, along with a 40% reduction in sugar use for everyone, would be important first steps in reducing the nation’s epidemic of pediatric as well as adult obesity, and slashing the hundreds of billions which obesity annually costs Americans, says public interest law professor John Banzhaf.

Banzhaf, who helped save millions of lives and hundreds of billions of dollars in unnecessary medical costs by prohibiting cigarette commercials and banning smoking in a growing number of workplaces and public places, has also been a leader in using legal action to fight obesity.

The committee charged with helping to formulate the 2020 Dietary Guidelines for Americans is recommending a complete ban on sugar-sweetened beverages for children up to 2 years of age.  This could be an important first step in reducing the current epidemic of childhood obesity, especially if parents continue the policy as the child get older, suggests Banzhaf.

The committee also would further reduce the amount of added sugar in diets for adults as well as children from 10% to only 6%.

Sugar sweetened beverages are the top source of added and unnecessary sugars in America’ diet, and the easiest to totally eliminate, he argues.

Words – including health warnings and recommendation such as these matter, argues Banzhaf.

At a time when Americans are being bombarded with messages urging them to take steps to reduce the toll of the coronavirus, he suggests a similar emphasis on making lifestyle changes which could save millions of lives and hundreds of billions of dollars in unnecessary medical costs, as other countries are successfully doing.  Here’s why.

A study has reported that in the U.S. the “total cost of chronic diseases due to obesity and overweight was $1.72 trillion – equivalent to 9.3 percent of the U.S. gross domestic product [GDP],” although other estimates are somewhat less but still very high.

Most of this huge and unnecessary cost is paid by people who are not obese in the form of higher taxes for unnecessary medical expenses under Medicare, Medicaid, Obamacare, Veterans’ and Indian benefits, and other welfare programs, and in grossly inflated health insurance premiums.

Meanwhile, a very recent study has proven how the U.S. can slash its obesity rate by taking the same simple steps which Chile took four years ago, and which other countries are beginning to follow.

It showed that a few simple measures have, for example, slashed consumption of sugary soft drinks – the major source of unnecessary sugar and calories in the diet of most teens – by almost 25%.

“An effect this big at the national level in the first year is unheard-of,” said the study’s lead author, a nutrition epidemiologist at the University of North Carolina.  “It is a very promising sign for a set of policies that mutually reinforce one another. This is the way we need the world to go to begin to really combat preventable diseases like obesity, hypertension and diabetes.”

Sugary Soft Drinks And Other Countries

The new policies – which are already being copied in part by Peru, Uruguay, Israel, Brazil, Mexico, and other countries – include:

Another study showed that Chilean children were subjected to half as many ads for junk food and sugary drinks after these restrictions were put in place.

If governments can require Americans to stay in their homes, shut many businesses, and put huge numbers of people out of work to combat only one disease, logically they should be willing to take much less intrusive and disruptive steps to reduce it, as well as other major causes of unnecessary deaths, disability, and massive medical costs by reducing obesity; e.g., by steps such as limiting commercials, adding warning labels, banning cartoon figures, etc.

Professor Banzhaf has been called “The Man Behind the Ban on Cigarette Commercials,” “Mr. Antismoking,” the lawyer “Who’s Leading the Battle Against Big Fat,” “a Driving Force Behind the Lawsuits That Have Cost Tobacco Companies Billions of Dollars,” and “The Man Big Tobacco and Now Fast Food Love to Hate.”

The post Proposed Ban on Sugary Soft Drinks Could Save Billions appeared first on ValueWalk.