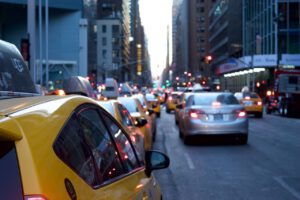 We became extremely bearish on energy in 2011. At the time, we saw interest in Seattle for hybrid and electric cars. This convinced us that 10% of the cars on the road nationwide might be hybrid and electric by 2020. In actuality, only 2% of total unit sales in the U.S. were electric vehicles over the last ten years. We also felt back then that the enthusiasm among investors for emerging markets/China was overblown and would cause oil demand forecasts to fall short of expectations.

It turns out we were wrong, because we were too early in our prediction. It wasn’t until 2016, and then more recently with the COVID-19 lockdowns in 2020, that oil prices declined steeply. From the summer of 2014 to the summer of 2019, we benefitted from having no participation in the energy sector.

The Governor of California, Gavin Newsom, announced on September 23, 2020 that beginning in 2035 no new internal combustion automobiles can be sold in his state. Currently, 5.3% of California cars on the road are electric/hybrid. California is probably one of the most successful states in the adoption of non-combustion engines. Is Newsom making the same kind of folly we made in 2011 (early/wrong)? Is he piling on the negative narrative for energy at an important psychological juncture? Does this trigger a series of questions about the likelihood of attaining his goals and the duration of the usefulness of the oil and gas in the ground in late 2020 in the U.S.?

Newsom Is Making The Mistakes As Smead

Let’s take a look at why we think Newsom is making the same mistake we made:

We went straight to the U.S. Energy Information Administration to find out how electricity is created. According to their statistics, most U.S. electricity is generated from power plants that use a turbine or similar machinery. Here is how they define those energy sources:

Therefore, the range of possibilities for producing electric energy is down substantially. Nuclear is a “not in my backyard” issue. Coal is deeply out of favor. The existing hydro-electric dams are fighting for survival. This leaves expensive/popular methods like wind and solar decades away from meeting our needs. Demand for diesel and natural gas to produce electricity is almost assured for decades!

Most of the electric and hybrid cars on the road were subsidized by the federal or state governments via tax credits. The problem is these governments all have budget problems and are unlikely to be able to mass-subsidize future car purchases.

This question is the most humorous. California is suffering blackouts and brownouts because they don’t have enough electricity. Does Governor Newsom really think the best thing to do in the nation’s most populous state is to put all the cars on a grid which can’t handle the electric needs of the existing population?

An examination of most state budgets in this post-COVID-19 world indicates that states, including California, will have to tighten their belts. To mass-subsidize electric/hybrid vehicles would require drastic improvement in the state and federal budgets. On the federal tax credit, Tesla has “identified the declining tax credit as a factor influencing their sales.” The reduction in federal subsidies has negatively impacted new electric car sales with other manufacturers as well.

It seems that California would have to refuse entry to internal combustion engine new car purchases made outside of the state. Hence, it would need to be a national law or open the state to additional mass outmigration. This would only exacerbate the state budget problems.

As shown in the book, The Frackers by Gregory Zuckerman, there have been a number of psychological extremes where the current supply and demand for energy didn’t match up with the attitudes of investors. By 2011-2014, fracking for oil and gas exploded the supply of domestic oil and gas. However, it didn’t affect prices until 2016 and this year (2020) when the Saudi Arabians chopped U.S. production off at the knees. Prices cratered and it is estimated that 40%-60% of production has been shut down. Look at the following major magazine covers.

These magazine covers dovetail with the psychological extreme that Newsom is confirming. When oil was expensive in 2008, 2011 and 2014, all we heard about was peak oil theory. It made our folly in 2011 easy, because the push toward electric made economic sense. Now all we hear about is life after fossil fuels, which happen to be available in abundance. As we like to say, “economics usually win these kinds of arguments.”

Newsom looks like he is trying to divert attention from the state’s current problems at a most inopportune time. Demand for energy is artificially low due to COVID-19’s devastating effect on airline travel. The Saudi Arabians crushed the price at the height of the crisis and washed out the entire domestic energy complex (Berkshire Hathaway/Warren Buffett and Smead Capital Management got caught in that stunt via investments in Occidental Petroleum). Production in the U.S. is down more than 40%, but prices have rebounded to around $40/barrel. This is where the price was in the months before the Saudi Arabians crushed us.

Therefore, internal combustion autos have extremely cheap fuel and that is reflected in soaring used car prices in the U.S. Folks are fleeing large coastal cities to buy houses. When they leave the big cities, the public transit and Uber/Lyft drivers cease to be useful. Who wants to get in a car with a stranger in the post-COVID era anyway?

In conclusion, we are getting more and more bullish on oil and gas businesses at what looks like a psychological extreme to 2008, 2011 and 2014. These magazine covers, and the latest pronouncement by the Governor of California, cause us to be very excited about the profitability of producing the fuel for the most cost-effective personal transportation mode and for producing electricity. In other words, our former folly could become Newsom’s folly.

The information contained in this missive represents Smead Capital Management’s opinions and should not be construed as personalized or individualized investment advice and are subject to change. Past performance is no guarantee of future results. Bill Smead, CIO wrote this article. It should not be assumed that investing in any securities mentioned above will or will not be profitable. Portfolio composition is subject to change at any time and references to specific securities, industries and sectors in this letter are not recommendations to purchase or sell any particular security. Current and future portfolio holdings are subject to risk. In preparing this document, SCM has relied upon and assumed, without independent verification, the accuracy and completeness of all information available from public sources. A list of all recommendations made by Smead Capital Management within the past twelve-month period is available upon request.

This Missive and others are available at www.smeadcap.com.