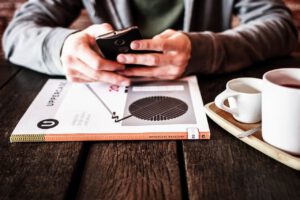 Following President Joe Biden’s inauguration, markets rallied with the tech world especially hitting new heights. Google parent Alphabet had jumped 5.3% and along with Facebook, Apple, Amazon.com and Netflix, the so-called FAANGs group added $262 billion, taking their market cap to $6.15 trillion. Crypto markets are also up as some suggest that the Biden administration may be friendly to the crypto world.

Dr. Mark Rosenberg – Co-Founder and CEO of GeoQuant, the world’s first high-frequency political risk data firm – asserts that there will be no greater loser than the technology sector in the year ahead as widespread tech regulation, legislation, and a crackdown on crypto is on the horizon both by Biden and by governments around the world. This is based on his firm’s AI-driven predictions in its recently released 2021 Year Ahead Report. His talking points:

The Impact Of Widespread Regulations On The Tech Sector

The post Tech Regulation Is The Biggest Corporate Risk Of 2021 appeared first on ValueWalk.