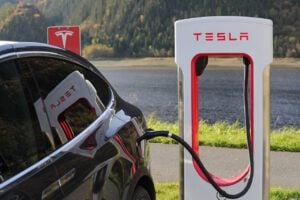 China has approved tax exemptions for Tesla’s Model Y SUVs made in the country. Electrek reports that it’s one of the last steps that must be taken before Tesla can start delivering Model Ys produced in China to buyers in the country.

Tesla is trying a new way of introducing the Model Y. For its previous vehicles, Tesla launched them in various markets using vehicles made in the Fremont, Calif. factory. However, with the Model Y, Tesla is only introducing it in new markets after the vehicle is in production there. The company has more than doubled its Shanghai factory in preparation to start producing the Model Y there.

China’s Ministry of Industry and Information Technology approved the sale of the Model Y in the country there today. The agency registered the China-made Model Y earlier this month. Now the Ministry of Industry and Information Technology included the Model Y in its twelfth batch of recommended “new energy vehicles.” That makes Tesla’s newest SUV eligible for a tax exemption in China.

Tesla has said it expects to start producing and delivering the China-made Model Y early next year. Production is expected to start soon and ramp to higher volumes for first-quarter deliveries.

Model Y expected to make a splash in China

The small SUV and crossover segment is very popular in China, and the Model Y fills that important hole in Tesla’s vehicle line-up in the country. Tesla faces off with Xpeng, Nio and other startups in small SUVs, as they have been quicker to address the segment in their line-ups.

Last month, an auto market analyst in China predicted that Tesla could sell up to 30,000 Model Ys per month when it makes the less expensive version of the SUV available. If the analyst is correct, that would be about three times more than the number of Model 3 cars Tesla sells per month. The Model 3 has already been dominating China’s EV market.

Despite the positive news about the tax exemption for the Model Y in China, Tesla stock pulled back a bit during regular trading hours today, falling less than 1%.