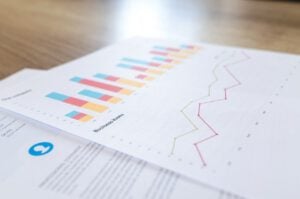 This week we released Shareholder activism in H1 2020 – the definitive statistical report on an unprecedented proxy season.

Given just how massive and longlasting the impact of the coronavirus pandemic has been, including an end to the longest bull market in history (followed after the briefest of pauses by a roaring recovery), an end to the M&A cycle, and capital constraints unknown since 2008, it’s worth taking a moment to recognize that the level of activity this year wasn’t even the lowest of my seven years on this beat.

In fact, the total number of companies publicly subjected to activist demands worldwide as of the end of H1 fell only 17% from the same period in 2019. Activism was lower in 2014 and 2015, and not much far off in 2017.

In part, that is because activism staged a strong rebound in the U.S. Thanks to settlements driven by the pressure of the pandemic and a number of control fights during H1, activists ended up with more board seats at U.S. companies than in two of the last three comparable periods. Although opportunities dried up in energy and consumer cyclical companies, new ones opened up in industrials, funds, and financial services.

Of course, the picture is not all rosy. Although advisers say a wave of M&A – much of it the hostile kind that activists can help sway – will follow for distressed companies, it is precisely M&A activism that has suffered the most. Given the amount it has fallen in the U.S. and Canada, even a return to normalcy will look like a radical upswing. Interestingly, relatively steady volumes in Asia and Australasia suggest that may be possible.

Yet, the onslaught of campaigns by nontraditional activists (the difference between our activist targets and impactful campaigns) has in recent years separated those activists which can effectively influence companies from those that merely make noise. Fluid circumstances and activists without a track record are a minefield for boards that must gamble on whether contests are winnable. In some cases, companies may choose settlements in the hopes of quashing public dissent. In others, they may choose to fight and risk discovering this year’s standout newcomer. And in the past six months, Hudson Executive Capital and Bow Street Capital have again demonstrated that they are not to be underestimated.

Outside of the U.S., the picture is more nuanced. In Canada, the U.K., and Australia, the volume of activism roughly halved, although plenty of advisers say that it is merely on pause for London-listed companies and Australia has its proxy season to come in a few months.

In Japan, which stood out from the rest of Asia, activists displayed a strong interest in operational campaigns – a trend we highlighted in our special report in May.

Japan, like many other countries, has not been immune from a decline in activism. Happily for the many advisers who specialize in activist campaigns, it also brings the reassurance that even in a crisis, there is plenty to do.

Having been so dour on the subject of M&A activism above, it’s worth highlighting a campaign that broke last Friday. Senator Investment Group, a multistrategy firm that hired former Elliott Management and D.E. Shaw Investment Group portfolio manager Quentin Koffey to lead its activism efforts last year, teamed up with Cannae Holdings to launch a bid for CoreLogic. The hedge fund and listed private equity fund have formed a group, taking a combined 15% stake in CoreLogic, and threatened to call a special meeting if the target resists their entreaties. Already, CoreLogic’s stock has soared past the $65 offer price.

Several factors make this a great story: the confluence of private equity and activism that would have been stunning four years ago; the combination of activist and issuer in an offensive model that one would expect resolves the legal uncertainties that followed Pershing Square Capital Management and Valeant Pharmaceuticals International at Allergan; and the resumption of leveraged buyouts at a time when debt is still scary for many investors (Cannae Holdings’ stock is up marginally in the past week, in part because it plans to raise more than $1.75 billion in an initial public offering of Dun & Bradstreet, which it bought just two years ago). Above all, it shows a boldness that could ignite a busy second half of 2020 for activism and M&A.

Quote Of The Week

Quote of the week comes from Jared Landaw, general counsel at activist investor Barington Capital Group, whose Conference Board article, “Maximizing the Benefits of Board Diversity: Lessons Learned from Activist Investing,” argued:

“To improve both cognitive and demographic diversity in the boardroom, we recommend that boards recruit racially, ethnically, and gender diverse directors who enhance diversity on two additional levels: first, by adding professional backgrounds, skills, and experiences in areas that are needed to meet the company’s strategic and operating needs; and second, by introducing new views, perspectives, and approaches to problem solving.”

The post The M&A Activism Picture Is Not All Rosy appeared first on ValueWalk.