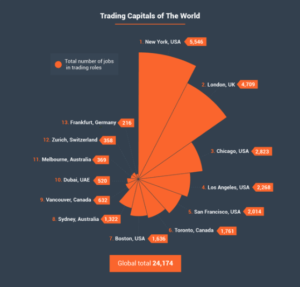 A new study by DailyFX has revealed which cities in the world are the best for top earnings, as well as looking at the number of career opportunities and which skills and experiences can increase your salary the most.

Best Cities For Professionals Working In The Trading And Finance Industry

For those working in the trading and finance industry, earning potential as well as location of work are often of a high desire. Whether it’s working from your laptop on a sandy beach resort or being in the city where the heart of the action is, finding the perfect location is important.

A study by DailyFX has shown which cities you should look to be working in if a high salary is at the top of your career wish list:

As the graphic above shows, San Francisco dominates the list for highest earning city for various roles within the trading industry. Investor Relations prove to be the highest paid job role with a salary of more than $86,000, followed by Actuaries and Budget Analysts.

New York, Los Angeles and Boston all fall closely behind San Francisco as the US dominates the list.

The Number Of Career Opportunities

In addition to salary potential, DailyFX looked into the number of career opportunities for each city within their study, Looking at the total number of financial roles and graduation finance roles, the research showed the following: 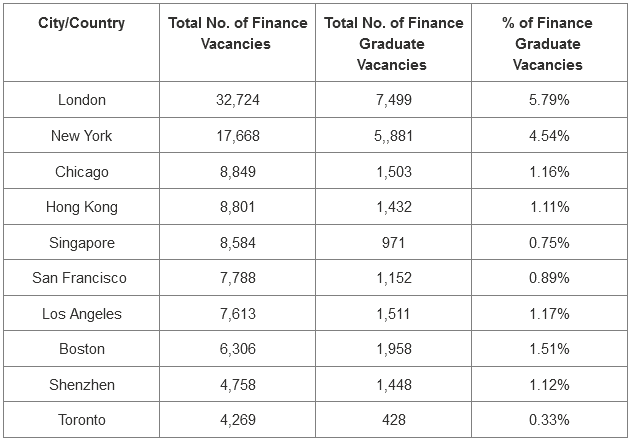 For those who are looking into trading specific roles, we see a similar correlation. New York, combined with London make up 42% of all trading roles available during the time of research. The US continues to show it’s the capital of the trading world as it makes up the bulk of the locations with the highest number of roles. 59% of the 24,174 trading roles are in the US with only Zurich and Frankfurt providing Europe’s next best locations. 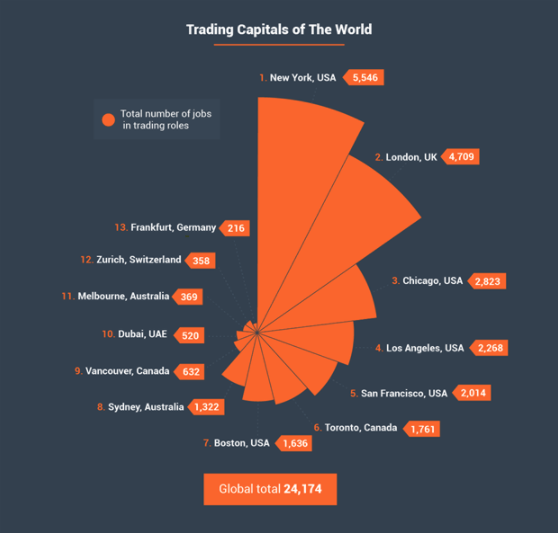 Once again, for those looking for high salary earning positions, New York, Los Angeles and San Francisco lead the way.

As the table below shows, these are the top three locations for where trading roles earn the most:

FX Traders can earn the highest amount of all trading roles at $98,280 in San Francisco, with Los Angeles and New York ranking as the second and third highest paying states.

London makes an appearance ranking as the third best country for both Commodity traders and equity brokers, paying on average $53,000 for both roles.

For more information on which cities offer the highest paying trading and finance roles as well as the cities have the highest opportunities, click here.

The post The Top Earning Cities For Trading And Finance Professionals appeared first on ValueWalk.