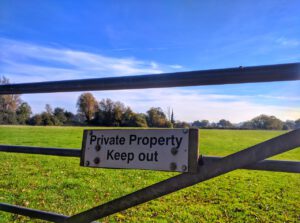 Land is among the most valuable assets and is also considered a safe asset. However, a significant portion of total inhabitable land (36.8 billion acres) belongs to people for whom investment is not the primary objective. These people are mostly leaders of their countries. If you want to know more about them, then detailed below are the ten largest individual landholders.

King Letsie owns all the land in his country, including the diamond mines. Lesotho is a small country in southern Africa. Letsie became king after his father, Moshoeshoe II, was forced into exile in 1990. His father came back for a brief term in 1995, but died in a car crash in early 1996. Since then, Letsie has been the king of the country. Charles, Prince of Wales attended his coronation, which took place on October 31, 1997. He owns about 11,718 acres of land.

This king also owns all the land in the country. He has been on the throne since 2008, and has been working since then to democratize the country. King Jigme Khesar became the monarch in 2006 after his father Jigme Singye Wangchuck abdicated the throne. He was the second-youngest reigning monarch in the world. King Jigme Khesar attended Wheaton College and then went to Magdalen College, University of Oxford. He owns about 15,000 square miles of land.

He owns all of the Hashemite Kingdom of Jordan. Abdullah has been the king since 1999 and is the 41st-generation direct descendant of Muhammad. In 1980, he started his military career as a training officer in the Jordanian Armed Forces, and in 1994, he took command of the country’s Special Forces. In 1998, he became the major general. He owns about 35,637 square miles of land.

Like other rulers, the Nepalese king also owns all the land of his country, including Mount Everest. His full name is Gyanendra Bir Bikram Shah Dev. He was briefly the king from 1950 to 1951 as well. At the time, he was a child and his grandfather, Tribhuvan, went into exile in India. After his birth, his father was told by an astrologer not to look at his newborn son, as doing this would bring bad luck. He owns about 57,000 square miles of land.

The Sultan of Oman also owns all the land within the country’s borders. Haitham bin Tariq Al Said is the current sultan of the country. He was sworn in earlier last year, after the Arab world’s longest-serving ruler – Sultan Qaboos bin Said Al Said of Oman – died at the age of 79. The Sultan of Oman owns about 82,030 square miles of land.

He has been Thailand’s king since 2016 after his father King Bhumibol passed away. Vajiralongkorn’s coronation took place in May 2019, but the Thai government retroactively declared his reign to have started from October 2016. At the time of his father’s death, his age was 62, making him the oldest Thai monarch to ascend to the throne. He owns about 128 million acres of land.

He ascended to the throne in July 1999 after the death of his father King Hassan II. According to Forbes, he was the richest king in Africa and the 5th richest king in the world in 2014. Mohammed VI reportedly purchased an €80 million mansion in Paris (close to the Eiffel Tower) last year. He owns about 175.6 million acres of land.

The Pope is the de-facto owner of Vatican City. He is also the owner of about 177 million more acres of lands in properties worldwide owned by the Catholic church.

King Abdullah is an absolute monarch presiding over the Kingdom of Saudi Arabia, including 830,000 square miles of land. Prior to becoming king, Abdullah has held several crucial posts, including mayor of Mecca in 1961, commander of the Saudi Arabian National Guard, deputy defense minister and more.  In 1995, he became the de facto ruler of Saudi Arabia after his half-brother Fahd suffered a serious stroke in 1995.

Being the Monarch of the UK & the Commonwealth, Queen Elizabeth II holds 6.6 billion acres of land. This includes Great Britain, Northern Ireland, Canada and Australia.

The post These Are The 10 Largest Individual Landholders appeared first on ValueWalk.