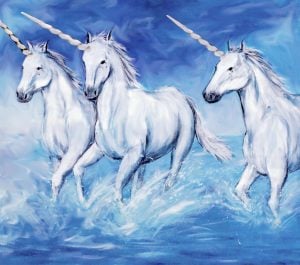 One factor defining the strength of the startup ecosystem in a country is the number of unicorns it has. Unicorn refers to a startup that has hit the billion-dollar valuation mark and is a private company. In Europe, the unicorn count is growing steadily, and the region got ten new unicorns in the first half of 2000. Apart from these ten, there are other more valuable unicorns in Europe. If you wish to know more about them, then detailed in the article are the top ten unicorns in Europe.

Founded in 2015, it is a UK-based digital bank. This online bank aims to make it easy for people to manage their money by allowing them to track their spending, transfer money, split bills and more using their smartphones. Initially, the company operated through a prepaid debit card, but in 2017, its UK banking restrictions were lifted, allowing it to offer a full current account.

Founded in 1992, it is a UK-based financial services company. The company is a digital distributor of insurance and household financial services. It also allows users to compare insurance products. BGL offers financial services to more than 10 million customers. It operates its business under two divisions – Insurance, Distribution and Outsourcing (IDO), and Price Comparison. Comparethemarket.com, LesFurets.com and BeagleStreet.com are some of BGL Group’s popular brands.

Founded in 2004, it is a UK-based e-commerce platform. The company specializes in health, beauty, fitness and lifestyle products. It is among the world’s leading beauty and wellbeing online retail organizations. The group operates over 160 websites, selling premium products across 140 markets. The company uses its own technology, THG Ingenuity, which powers its brands, including Glossybox, lookfantastic, ESPA and Myprotein.

Founded in 2011, it is a UK-based online money transfer service. The company makes sending money abroad up to 8 times less expensive than the bank. Also, it offers better exchange rates than banks. Using the platform is easy as well. TransferWise supports over 750 currency routes globally and offers multi-currency accounts. The company has more than 2,000 employees and claims over 9 million customers.

Founded in 2013, it is a German mobile banking platform. The company allows customers to control their finances. Users are able to open an account directly from their phone or laptop easily and paperless. The company has over 5 million customers in 25 markets. It has offices in Berlin, New York, Barcelona, Vienna and São Paulo and employs over 1,500 employees. N26 offers banking services in collaboration with Axos Bank, Member FDIC.

Founded in 2011, it is a UK-based supply chain finance company. The company positions itself between businesses and suppliers. Greensill aims to limit the risk of both parties by offering early payments to suppliers and providing financial support to businesses. The company is headquartered in London, but has offices in Frankfurt, Bremen, Sydney, New York, Chicago and Miami. Greensill serves clients across Europe, North America, Latin America, Africa and Asia.

Founded in 1919, it is a German medical technology company. The company specializes in prosthetics and technical orthopedics. It is seen as a global leader in technology for wearable human bionics, which replaces or enhances human body parts. In 2019, the turnover of the company was €1.003 million ($1.2 million). Ottobock, which is headquartered in Duderstadt, employs more than 7,000 people in over 50 countries.

Founded in 2012, it is a German online car dealer. The company operates a used car marketplace in over 20 countries. In 2018, the company collaborated with Deutsche Bank and Allianz to come up with a fintech subsidiary, Auto1 Fintech. Its merchant brand AUTO1.com is Europe’s biggest wholesale platform for car trading professionals. AUTO1 is planning an IPO in the first quarter to raise about 1 billion euros ($1.2 billion).

Founded in 2005, it is a Swedish online payment services provider. Over the past few years, the company has made many useful acquisitions, including Shop.co (a cart and checkout browser extension) in 2018 and Billpay (Germany-based payment company). The company offers safe and easy-to-use payment solutions and is Europe’s highest valued private fintech company. Klarna processes over a million transactions a day and has offices in Stockholm, London, New York and Berlin.

The post These Are The Top Ten Unicorns In Europe appeared first on ValueWalk.