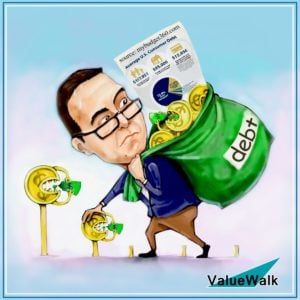 The organization also studied which cities are in the worst shape in its “Financial State of the Cities” report earlier this year. Truth in Accounting said the 75 biggest U.S. cities have $176.2 billion in unfunded pension liabilities, which are the main factor contributed to the $323 billion it reported in city debt.

The organization said one way that cities make their budgets appear to be balanced by shortchanging their public pension funds and other post-employment benefits funds. The result has been a $176.2 billion shortfall in public pension funds among the 75 biggest cities and a $149.8 billion shortfall in other post-employment benefit funds.

According to Truth in Accounting, the five worst cities for taxpayer burden, meaning the amount taxpayers are on the hook for in unfunded debt, are New York City, Chicago, Honolulu, Philadelphia and New Orleans.

The big loser is Chicago

Chicago is well-known as far as cities with unfunded pension liabilities. Truth in Accounting Founder and CEO Sheila Weinberg told ValueWalk in an email that Chicago’s pension plans are the worst in the country due to one key reason.

“The city of Chicago’s pension systems are by far the worst-funded in the country with only 23 cents set aside for every dollar promised,” she said. “Unlike most cities, who are trying to properly fund their systems, Chicago contributions were less than half of the amount their actuaries said should have been paid into the systems.

New York City taxpayers are on the hook for $63,100 in debt each or $83,600 when including state, city and county governments’ unfunded debt. Although the city’s pension plans are 76% funded, it has funded just 4% of the other post-employment benefits employees have been promised.

Philadelphia’s pensions are also in rough shape. The city’s taxpayers have a burn of $25,500 each or $45,800 when state debt is added. The city has $9.9 billion in unfunded pension liabilities, while Pennsylvania has $40.3 billion.

“Even though the city of Philadelphia has set aside less than 51 cents to pay for each dollar of promised pension benefit, the city still does not pay the total annual contributions needed to properly fund the pension plans,” Weinberg said. “The city’s retiree health care plans are even less funded with only seven cents set aside to pay for each dollar of promised benefit.”

Phoenix’s pension plans are also in rough shape, as the city has just 50 cents set aside fors every dollar promised to pay pension benefits.

Where other cities stand on unfunded pension liabilities

San Jose is doing better than Chicago and Philadelphia in that its pension contributions amount to what actuaries say is needed to fund the plans. However, they are still significantly underfunded at 64%. Additionally, San Jose has set aside only 32 cents for every dollar of promised retiree healthcare benefits.

The city whose pensions are in the best shape is San Antonio, with over 86 cents set aside for every dollar of promised pension benefit. The problem for San Antonio is state debt, according to Truth in Accounting, and pensions are a big problem for the state of Texas.

“The main reasons for this debt are the state has only 69 cents set aside for every dollar of promised pension benefits and has promised $72 billion in retiree health care benefits, but only set aside $771 million to fund those benefits,” Weinberg said.

San Diego and Los Angeles are in similar situations, as the state of California is a bigger weight for their taxpayers than their own debt. San Diego’s pensions are 74% funded, while Los Angeles’ pensions are nearly 86% funded. However, California’s pension plans are just 72% funded.

Houston improved its police pension system with an extra $750 million contribution, but the city essentially robbed Peter to pay Paul as it borrowed the money to make that contribution. Dallas’ pension systems are 64% funded, and Weinberg said one reason for the low funding status is the fact that the city decided not to pay the contributions actuaries said were needed to fund the system in 2018.

The post These cities have the highest unfunded pension liabilities appeared first on ValueWalk.