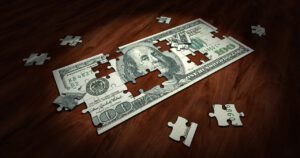 “This money was meant to help Main Street businesses stay above water during the pandemic, not to bail out predatory lenders that charge vulnerable Americans triple digit interest rates during a pandemic. If the administration thinks the high-cost lending industry deserves a taxpayer-backed loan, it should come with the same 300% interest rate theose companies charge consumers,” said Kyle Herrig, president of Accountable.US, the government watchdog group behind COVIDBailoutTracker.org. “The administration owes an explanation for why one of the few businesses this massive program happened to help is a prolific predatory lender that has done absolutely nothing to help struggling Americans or the economy.”

Rod Aycox is a member of Accountable.US project Allied Progress’ “Payday Lender Hall of Shame” for his troubling history. In addition to contributing over $1.7 million to Trump’s political committees and inauguration, Aycox settled a wrongful death lawsuit after a repossession agent hired by the company shot and killed a borrower while trying to seize his vehicle.