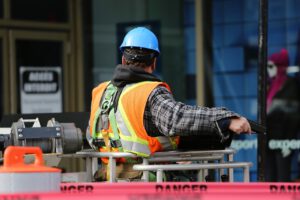 “This union builds upon years of passionate organizing by Floyd County Production workers,” said Margeaux McClelland, 3D Texture Artist at Floyd County Productions. “We are excited to work together as a collective to continue building a workplace where everyone receives their fair share and can thrive in a culture of mutual respect and transparency.”

Since its founding in 2009, FCP has grown to be the largest animation studio in Georgia. Workers at FCP have been behind leading animated series such as Archer and others. On Monday, March 1 members of the FCP Guild requested voluntary recognition of the union from management.

The workers will be members of CWA. Union membership will be available to all non-management workers at Floyd County Productions. The union encopases a range of workers including artists, animators, IT workers, editors, systems engineers, background artists, layout artists and more.

“Our union will represent all workers at Floyd County Productions in order to ensure everyone receives fair compensation for their work, while also improving transparency around employee benefits and building a culture that reflects the values, diversity and strength of its workers.” said Brenden Lewis, Illustrator at FCP. “Our work has brought about many incredibly popular animated shows at FCP and so we look forward to voluntary recognition from management as a show of commitment to its workers. By giving us a true voice and seat at the table, we can start collaborating and negotiating for a more equitable workplace.”

Georgia has grown to be a hub for film studios resulting in billions invested in the state according to the Georgia Department of Economic Development. Unfortunately animators in the state have not had access to the job stability, wages and benefits enjoyed by their peers in other states that have a longer history of union membership within the industry.

As Atlanta continues to be home to a thriving film industry, the announcement of the Floyd County Productions Guild could signal a trend of increased job quality for workers in this sector in Georgia. This effort mirrors the broader national trend of continued union membership growth in the midst of economically uncertain times.

The FCP Guild will provide a structure so that workers can actively push for real changes at the company to ensure just working conditions, wages, benefits and transparency.

The post Workers at Floyd County Productions Are Launching a Union appeared first on ValueWalk.