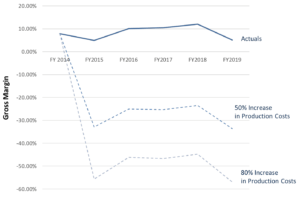 Last Thursday, the Financial Times ran a story entitled “ArcelorMittal SA (NYSE:MT) warns that the EU’s carbon goal will cost steelmaker up to €40bn”. The news was somewhat timely given our post that evening outlining our belief that risks due to a transitioning energy economy may be far more systemic than most appreciate.

We received several questions after our post that were all some variance of “So what does this mean, can you give me an example?”.

We’re going to unpack the ArcelorMittal (MT) story as a starting point to answering that question. MT is looking to cut emissions by 30% over the next decade and to be carbon neutral by 2050, two goals they established last year. Their recently released roadmap to ‘how are we going to do that’ is a model for corporations to follow as they wrestle with the trade-offs between technical feasibility and associated costs.

Part of the strength we see in their road-map is that they have bifurcated their strategy into two parallel routes that eventually converge as technology improves. We view this as quite thoughtful; there is the recognition that acting now is paramount but also a clear understanding that the ideal suite of technologies is still likely a decade + away from commercial maturity. The next ten years will involve the deployment of viable technologies such as making synthetic gas from waste CO2 while building out the requisite green hydrogen demonstration projects that will become necessary to achieve full decarbonization. Beginning in 2030, the firm aims to move from using predominantly natural gas to hydrogen as the critical reductant in their steel making and ensuring that the hydrogen production is sourced from renewable energy powered electrolysis.

The costs to implement their strategy are staggering. ArcelorMittal estimates that the investment needed for their European steel footprint may reach €40 billion (for context, the firm currently has a market cap of €10 billion), with up to €200 billion of clean energy infrastructure needed elsewhere in the economy to support their investment (renewable power production, grid improvements etc.). It also projects that new production methods will increase production costs between 50-80%.

Regardless of whether you look at the next ten years or the next thirty years, this level of investment equates to between a 48-80% increase in their historical annualized CAPEX. MT’s estimated production cost increase suggests that their average gross margin from the past five years, roughly 8.55%, would drop to somewhere between -28% and -50%, all else being equal. The chart below shows what the firms’ margins would have looked like in that situation. 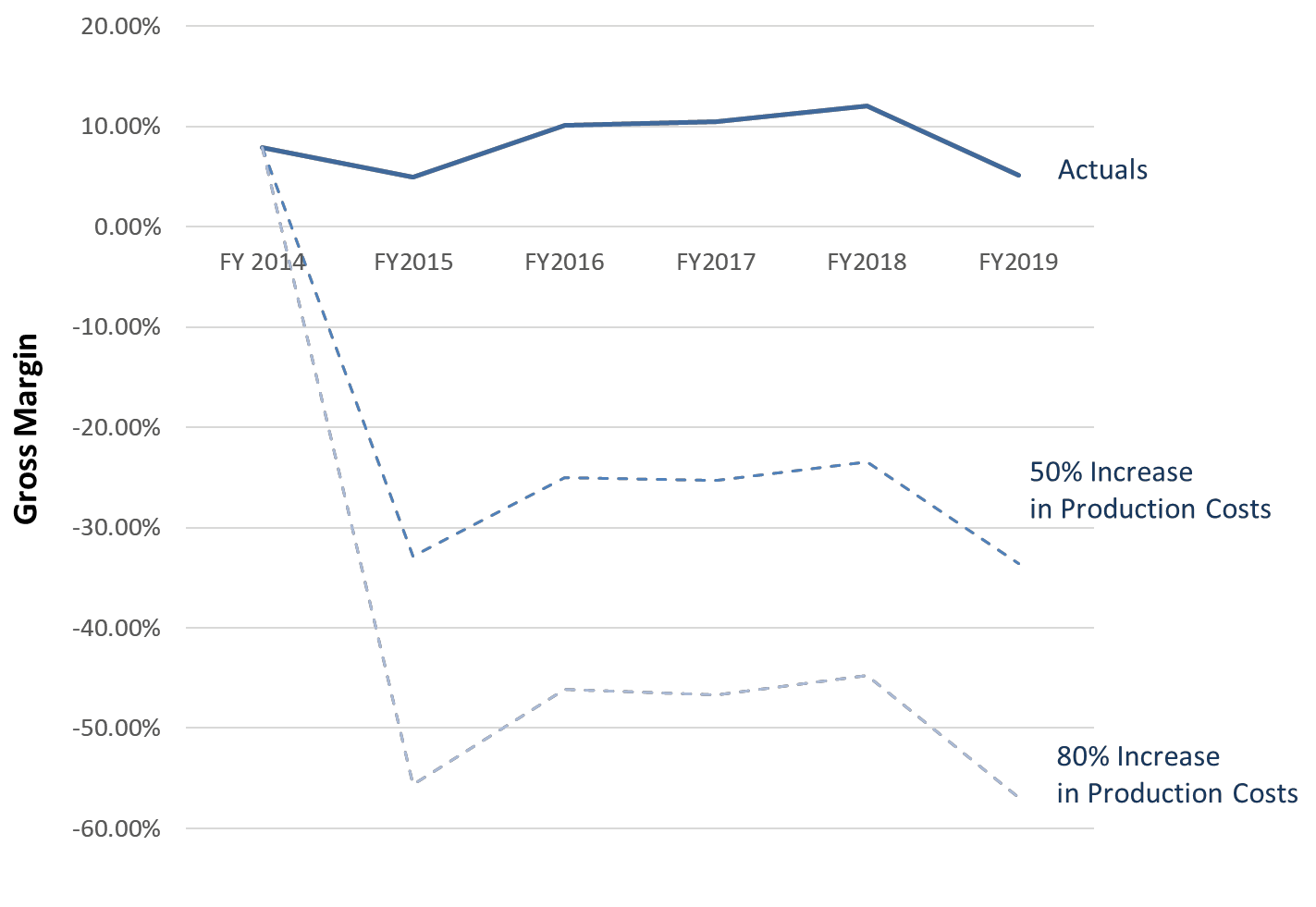 A Long-Term Agreement With Siemens Gamesa

Let’s assume for the moment that ArcelorMittal moves forward with these initiatives and that market conditions don’t change materially. The sustained level of investment required, coupled with punitive impact on gross margins, suggests that MT must pass higher costs on to consumers. MT has a long-term agreement with Siemens Gamesa, which supplies wind turbines for some of the largest offshore wind farms in the world. 80% of the components in a typical wind turbine are made from steel. If an 80% increase in steel production costs were passed down, that would represent a ~16% increase in the total installed cost of an offshore wind turbine. Siemens Gamesa’s top line is almost entirely driven by installing and operating wind turbines. A steel cost increase of this magnitude would turn Siemens Gamesa (a leader in renewable energy development mind you) from a gross margin positive business to a gross margin negative business.

MT’s roadmap suggests there are technically viable paths to significant decarbonization. It’s a pragmatic approach, dense with detail, and, while likely not perfect, represents a serious effort at developing a strategy for improving the firm’s environmental footprint. It also re-emphasizes that achieving economically sustainable carbon neutrality at the local level is likely contingent upon a degree of collective action at the global level. MT rightfully points out that not all steel and steel-intensive goods are subject to the same carbon costs, creating uneven incentives between market participants. We touched upon this briefly in our EU policy note. This means that carbon border adjustments are likely a key policy mechanism to create a flat competitive landscape that allows EU domestic steel producers to compete with imports. MT notes that absent a shift in market conditions, they will be unable to unlock the means to reduce steel emissions globally, and the European steel industry risks becoming uncompetitive.

Furthermore, even if we isolated MT in entirety and did not expose downstream products to cost adjustments, MT’s internal carbon-neutral roadmap is contingent upon up to €200 billion of renewable energy infrastructure to feed their energy needs. That’s a roughly 4x increase of incremental investment needed relative to the total clean energy investment Europe made in 2019. Corporations will play a vital role in implementing decarbonization efforts, but we must be prepared for synchronous policy should any one company be willing to embark down this path.