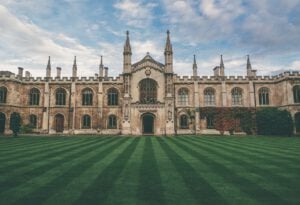 A New Legal Weapon To Strike Down Campus Speech Codes

WASHINGTON D.C. (October 29, 2020) – The U.S. Court of Appeals for the 5th Circuit has upheld a new legal weapon which can be used to strike down campus speech codes and so-called bias response teams (or squads), and strongly suggested that those at the University of Texas [UT] are unconstitutional, even after UT amended them in an unsuccessful effort to protect them from this law suit, reports public interest law professor John Banzhaf.

Noting that students are often “afraid to voice their views out of fear that their speech may be considered ‘offensive,’ ‘biased,’ ‘rude,’ ‘uncivil,’ or ‘harassing,’” and that they “fear that they will be investigated or punished by the University for engaging in speech or expression that is protected by the First Amendment,” the Court held that an outside organization had legal standing to sue on their behalf, even though no UT students were named.

A finding of unconstitutionality could lead to a judgement against the UT President Gregory L. Fenves personally, and a possible cutoff of federal funding to his institution, under President Trump’s recent executive order requiring such a cessation of funding for public universities found to have violated constitutionally protected free speech rights, notes Banzhaf.

In its Wednesday ruling, the Court concluded that “the chilling effect of allegedly vague regulations, coupled with a range of potential penalties for violating the regulations, was, as other courts have held, sufficient ‘injury’ to ensure that Speech First ‘has a ‘personal stake in the outcome of the controversy.'”

Thus this finding that UT’s campus speech codes and bias response team [“CCRT Campus Climate Response Team”] appear to be unconstitutional follow an earlier ruling by the 6th Circuit that, as this new decision summarized it, “campus discriminatory harassment speech policy is, on its face, unconstitutionally overbroad and vague, after district court found that students had standing to sue despite lack of enforcement against them.”

As Banzhaf reported at the time, the finding of fact by the 6th Circuit that the University of Michigan’s UM Bias Response Team “objectively chills speech,” and acts “by a way of implicit threat of punishment and intimidation to quell speech” on campus, even though it lacks the power to directly punish students, could provide the cornerstone and basis for a formal legal complaint that research funding should be cut off under President Trump’s free-speech-on-campus executive order. The same result could now also follow from a further ruling in the UT case.

The executive order – directing federal agencies to “take appropriate steps” to “promote free inquiry” at institutions that receive federal research and education grants, including through compliance with the First Amendment by state schools – provides free speech activists with a powerful new weapon to attack violations of academic freedom on their own campuses.

Now this weapon has been made much more potent because, when students are too afraid to challenge their own universities, law suits – and complaints to trigger a funding cutoff – can be brought by outside organizations, suggests Banzhaf.

The filing of such complaints could have a profound impact on how colleges and universities deal with controversial speech on campus, says Banzhaf, noting that many have ignored the constitutional imperative because they believed that there would be no consequences for doing so.

However, just as thousands of students have filed complaints when their institutions allegedly did not follow Title IX policies regarding investigations of rape, and others filed complaints if they sensed that the university’s actions or inactions created a so-called “hostile environment” for certain groups, outside activist organizations as well as college students may now file law suits in federal court, as well as formal federal complaints if their free speech rights are violated on campus.

Universities should be naturally reluctant to do anything which might cause grant applications from its professors to be viewed less favorably, and be even more concerned that a formal complaint might be filed.

Under Title IX, the mere filing of a student complaint led to public condemnation and embarrassment, as well as concerns about the expense and exposure if a formal investigation were launched, says Banzhaf.

Complaints about free speech violations, and potential investigations of those complaints – not to mention the threat to existing and/or potential grants – are likely to have same effect, he suggests.

Speaking Up And Defending Free Speech

In addition to its direct effect on universities themselves, the executive order may also provide a strong incentive for faculty members, especially those involved with research, to begin speaking up and defending free speech when violations occur or are threatened on their own campuses, says Banzhaf.

More specifically, he says that these developments and the executive order might pressure more faculty members to stand up and protest violations of free speech on their campuses – something they now rarely do – because the college’s failure to act might jeopardize their own research funds.

This is particularly true for professors working in STEM fields or medicine, since they and their universities are more heavily dependent upon federal research grants than those in the humanities.

Indeed, suggests Banzhaf, this could provide an important counterbalance, since humanities professors have been more supportive of campus free speech violations, with those in other fields largely doing nothing.