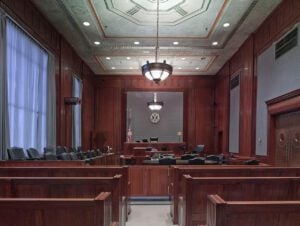 Facebook Inc (NASDAQ:FB), Twitter Inc (NASDAQ:TWTR) and Alphabet Inc (NASDAQ:GOOGL)’s Google are slated to give testimony before the House Energy and Commerce Committee about misinformation today. The CEOs of the three tech giants will face grilling by representatives about online extremism as well.

According to CNN, today’s appearance will be the executives’ first since the Capitol riots on Jan. 6 and the rollout of the COVID-19 vaccine. Congress will grill Facebook CEO Mark Zuckerberg, Google CEO Sundar Pichai and Twitter CEO Jack Dorsey about how their platforms have tried to push back against claims of election fraud and skepticism about the vaccines.

A committee memo indicates that algorithms that put user engagement first and promote alleged misinformation could also be scrutinized. The tech platforms had been pressured to deal with alleged misinformation and interference by other countries going into last year’s presidential election. Then the scrutiny increased in the next few months.

Meanwhile, the companies took various steps to crack down on what lawmakers call conspiracy theories. Today’s hearings match up with legislation being considered by the Senate and the House to bring the tech industry under control. Some bills focus on the companies’ dominance in their industries and allegations of anti-competitive practices, while others focus on their content moderation efforts or data privacy. The tech industry could face some serious new regulations in the coming months.

The problem with today’s appearance

One of the issues with the scrutiny of Facebook, Twitter and Google is that the platforms are allowing freedom of speech. The Democrat-led House of Representatives is basically saying that people don’t have a right to be skeptical about vaccines that didn’t spend as much time being studied as most vaccines are. They are also saying that people have no right to question whether there was election fraud or not.

Journalists should act as investigators to figure out the truth, but the House wants to quash all investigations, making it so that they can do whatever they want and face no questions. These two issues are very controversial and for a good reason. Although I will be getting the vaccine, I can see why some people have concerns, and they should be allowed to voice those concerns.

The House basically wants to step all over people’s right to think what they want to think and say what they want to say. This isn’t a matter of promoting violence. It’s about freedom of speech and the freedom to question the authorities when they aren’t doing something right.