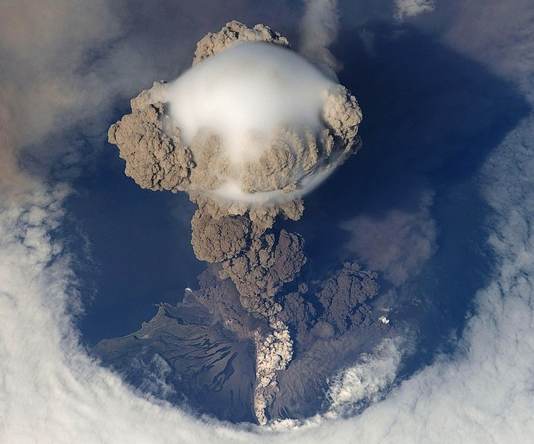 The catastrophe bond covers the risk of eruption of 10 volcanoes across three continents and we’re told raised $3 million from specialist cat bond investors, with the capital set to be used to support aid in the aftermath of an eruption by sponsor the Danish Red Cross.

The volcano cat bond from the Red Cross has been a long time in the making, having first come to light in late 2018.

We understand the deal nearly got done a year ago, but funding challenges and then the global pandemic postponed this innovative issuance until now.

Replexus Group, an insurance-linked securities (ILS) risk securitisation facilitator and risk transfer consultancy set up by Cedric Edmonds, has been instrumental in getting the Danish Red Cross’ first cat bond to market.

We must also highlight the tireless work of Adam Bornstein, part of the Global Innovative Finance Team of the Red Cross, who had the initial vision that the capital markets could augment the DRC’s disaster relief financing and explored the catastrophe bond as a possible structure to use.

Replexus issued the volcanic cat bond notes through its Dunant Re reinsurance structure and settled them using its unique blockchain based ILS platform, the ILSBlockchain.

Meanwhile, modelling of the volcanic risk was undertaken by Mitiga Solutions, a specialist in modelling some of the less typical risks we see in ILS.

Howden Capital Markets, the recently established unit of the Howden Group, was also key to getting the volcanic risk cat bond completed, with Howden Group Holdings’ charitable Foundation assisting with $150,000 of funding to get the deal over the line and its Reinsurance, Capital Markets and Financial Lines divisions all playing a role in the underlying insurance contract and terms.

Using a parametric trigger that takes into account both the height of the volcanic eruption ash plume and the wind direction, to define where ash would fall and disruption most likely be, the idea is that the catastrophe bond should pay-out quickly for specific scenarios where aid from humanitarian funds would be required.

In this way, the Danish Red Cross is pre-funding part of its humanitarian aid response needs for volcanic risk, using a securitized capital markets instrument. Hence this is both pre-funding and also securing specific disaster risk financing with this deal, an innovative approach and one that could have broader application in aid related works.

Ten volcanoes are covered, selected because they pose the greatest humanitarian risk and the parametric trigger has three plume height thresholds that can be met to define a payout amount.

The ten volcanoes covered by the catastrophe bond all have at least 700,000 individuals living within 60 miles (100km) radius of a potential eruption and include North America’s second highest volcano, Popocatépetl, Mexico, and Colombia’s Nevado del Ruiz, which killed 23,000 and displaced thousands of people when it erupted in 1985.

Other volcanoes covered by the bond include three in Ecuador (Cotopaxi, Tungurahua and Pichincha), two in Indonesia (Merapi and Raung), one in Chile (Villa Rica), one in Guatemala (Fuego), and one in Cameroon (Mt. Cameroon).

That also makes this a particularly international catastrophe bond, focused on specific risks in numerous countries, which is a first for the cat bond market.

International coverage is of course seen widely in cat bond deals, but they cover portfolios of insurance business, not specific geological risk related features such as this.

A payout of the $3 million volcano cat bond would be triggered if a volcanic ash plume reaches a certain height and the prevailing wind directs the resulting ash to fall towards vulnerable communities.

“Mitiga Solutions has developed a state-of-the-art model using numerous data inputs to predict where funds will be needed, improving both the efficiency and effectiveness of humanitarian relief,” explained Alejandro Marti, CEO and Co-founder of Mitiga Solutions, Barcelona-based experts in predicting natural hazards.

“Our model can anticipate the trajectory of the volcanic ash cloud using prevailing winds to better estimate the impact and more effectively guide CAT bond proceeds.”

Replexus leveraged its private ILS Blockchain to issue and settle the transaction, which it is estimated has reduced the costs by around by $200,000 – $400,000 per issuance, compared to a traditional settlement system.

“The volcano CAT bond will be placed on an insurance-linked securities (ILS) blockchain, making the transaction particularly cost-effective for the aid agency and enabling secondary market trading among ILS investors,” Cedric Edmonds, founder and CEO of Replexus said.

“Additional benefits of the blockchain structure include allowing investors to hold their own securities on their own computer server rather than using a custody bank, and therefore saving five to 10 basis points per annum on the value of the securities they hold,” Edmonds added.

Charlie Langdale, Managing Director of Financial Lines for Howden Broking, also said, “The volcano CAT bond is an important addition to the ILS market as it has the potential to revolutionise disaster relief finance and as such represents a ground-breaking product.

“We are delighted to be able to support this new and innovative solution through our charitable Foundation, which is committed to supporting causes that alleviate sickness, poverty and disasters around the world.”

Dunant Re IC Limited issued the $3 million tranche of Series 2021-1 Class VE principal-at-risk notes, which are callable and due for maturity after three years in 2024.

It’s pleasing to see this volcanic risk cat bond finally issued, as we’re aware of the hard-work some at the Danish Red Cross have undertaken to make this happen.

It will be interesting to see whether the organisation looks to replicate the volcano cat bond for other humanitarian risks it responds to.

We understand this volcano cat bond will provide three years of coverage, with maturity due in 2024.

We’ve added this first volcanic risk catastrophe bond, the Dunant Re IC Limited (Series 2021-1) transaction, to our extensive Deal Directory where you can find details of every cat bond issued.