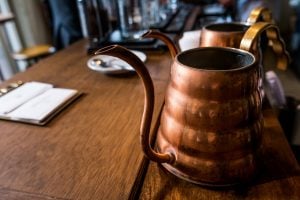 The expert comment of Carsten Menke, research director of Next Generation at Julius Baer, where you can find information on the rise in prices of industrial metals such as copper and aluminum to new highs.

Travel restrictions keep Chinese workers in their factories during the Chinese New Year holidays, adding to the overall economic optimism in industrial metals markets. “We do not agree with the narrative of another ‘super cycle’, as we believe that, in the long term, the negative impact of China’s transition from investment-led growth to consumption-led growth will outweigh the positive impact of the emergence of clean technologies, “said Carsten Menke, Next Generation research director at Julius Baer.

According to Swiss private bank Julius Baer, ​​the start of each year typically marks a period of seasonal softness for industrial metals as China celebrates the new year. This year, the festivities will be less due to travel restrictions related to Covid-19, which caused many migrant workers not to return home and continue working while their factories remain open. This narrative appears to be adding to the prevailing positive sentiment in industrial metals markets, which is driven by general economic optimism and expectations of a big boost in demand for green technologies.

Aluminum and copper are up about 6% and 8%, respectively, from their lows at the beginning of the year, hitting new multi-year highs. Iron ore and steel have also rallied, despite the fact that these two metals are barely related to green technologies, suggesting that the sentiment component should not be underestimated to explain the recent rally. Spreading a positive sentiment from our point of view is a reflection of the renewed conversation about another commodity “supercycle.” We disagre. For us, the rallies that we are seeing in the industrial metals markets and also in the oil market are driven more by the economic cycle, that is, the recovery from the coronavirus crisis, reiterated Carsten Menke, research director of Next Generation in Julius Baer.

Given that China’s economy has already reached pre-crisis levels, and given that the country is ready to continue its transition from investment-led growth to consumption-led growth, we at Julius Baer believe that the dynamics of demand in metals markets should soften, both in the short term and in the short term.

The negative impact of this transition should be felt most strongly in the iron ore and steel markets. In the case of aluminum and copper, it should offset the positive impact of the emergence of clean technologies such as electric vehicles and renewable energy. So we don’t see a big long-term demand boost for industrial metals. With this in mind, we do not believe that the current rally is sustainable in the long term.

Within industrial metals, iron ore appears most vulnerable due to its high exposure to stimulus-driven growth from China. Aluminum appears more vulnerable than copper, as previously closed production capacity should eventually reopen, while copper supplies are more limited.

The post Industrial Metals: The Rally Has Resumed appeared first on ValueWalk.