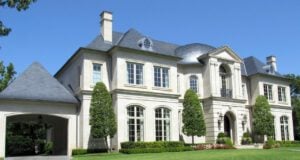 The finding, in a research brief from the National Community Reinvestment Coalition (NCRC), was based on 2018 Home Mortgage Disclosure Act (HMDA) data from the Consumer Financial Protection Bureau. The 2018 data, released in September 2019, was the first to include demographics relating to same-sex couples. 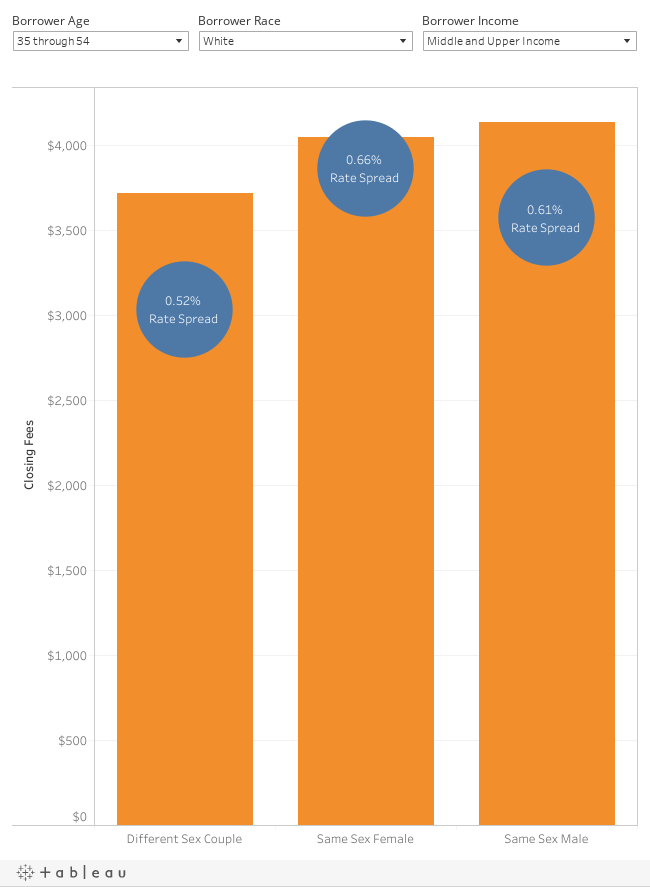 “We’ve long known and documented racial discrimination in mortgage and small business lending, and now we’ve got clear evidence of bias against LGBTQ+ borrowers, something that was long suspected and for the first time is documented in data reported by banks themselves,” said Jesse Van Tol, CEO of NCRC. “This is why federal lending data reporting requirements are so important.”

The Fair Housing Act Does Not Include Same-Sex Couples

Currently, there are 22 states with laws prohibiting sexual orientation and gender identity discrimination. The Fair Housing Act of 1968 does not include same-sex couples or LBGTQ+ community members as a protected class under the law.

“Housing discrimination is prevalent despite fair housing and fair lending laws, but our understanding of discrimination in mortgages as it affects LGBTQ+ people has had little attention from researchers and policymakers,” said Karen Kali, NCRC’s Senior Program Manager on Special Initiatives and coauthor of the research brief. “Hopefully, this study contributes to the literature and case for fair and equal treatment for same-sex couples. 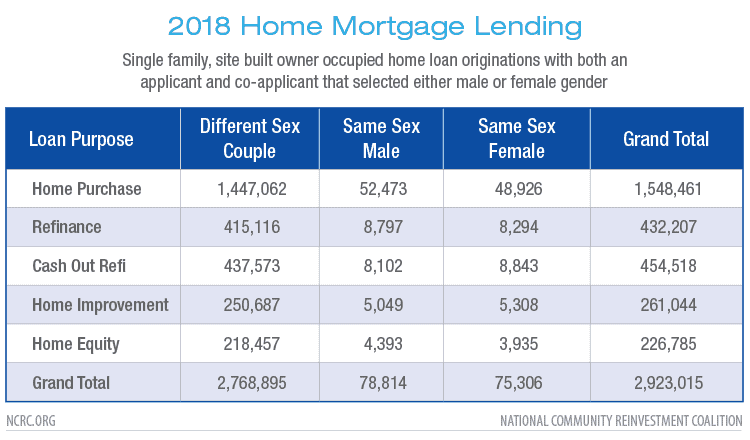 The recent Supreme Court ruling, Bostock v. Clayton County, Georgia, protects LGBTQ+ workers from discrimination based on their sexual orientation and/or gender identity and while the case was focused on employment decisions, it will likely have broad implications for the definition of sex discrimination in other types of cases, including fair lending and fair housing cases.

“While we know that racial bias is a very real and documented factor in mortgage lending, intersectionality of identities, here with members of the LGBTQ+ community, seems to contribute to the potential for discrimination,” Van Tol said. “The Supreme Court’s recent ruling on employmemt discrimination indicates that equal treatment for LGBTQ+ people is a principle to be upheld. Limiting potential discrimination and working with policymakers to ensure that same-sex couples have equal access to credit needs to be a priority in the field.”