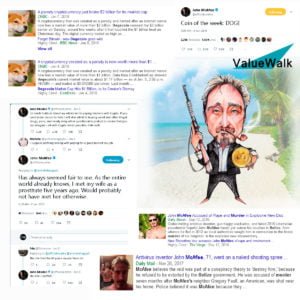 This is further evidence confirming Blockchain’s maturity as a true strategic priority for many institutions and enterprises. Leaders are increasingly investing in blockchain and digital assets as a top five strategic priority, with 66% forecasting investments of $1million or more in the next 12 months

But what is the significance of this report to the blockchain sector? We have gathered commentary from industry experts including AVA Labs, Securrency, and METACO, available below.

“The Deloitte Report is yet another affirmation in the growing body of research that underlines industry adoption of blockchain technology and digital assets. The substantial portion of respondents who already have blockchain in production in their organization highlights the growing maturity, but there’s still substantial work to be done.

As enterprises and institutions begin to consider how we will rebuild the global financial system following this pandemic, incremental progress is a luxury that we no longer have. Institutions and individuals need to be best equipped to manage financial risks, protect investments, and even grow our assets when the next crisis hits.

Widespread adoption of blockchain technology is a significant stepping stone in building a new system robust enough to cope with the challenges that lie ahead, and will reward innovators that take action today. This dramatic and rapid evolution of market structure toward decentralization is rapidly leaving the “ifs,” and becoming a “when.”

Jackson Mueller, Director Of Policy And Government Relations At Securrency, Comments On The Digital Asset Regulations

“The marked increase in the number of regulatory jurisdictions interested in or currently implementing responsible regulatory frameworks supportive of digital asset solutions is a welcome development. There are at least 23 regulatory authorities involved in these discussions, according to a Cambridge Center for Alternative Finance study, and we expect more countries to follow in their footsteps in the near future. However, a patchwork approach, different regulatory treatments, or improperly defined parameters could threaten the underlying advantages of these solutions. In a global, interconnected financial services ecosystem, developing appropriate standards that facilitate, not inhibit, cross-border transactions is essential.”

Seamus Donoghue, VP Sales and Business Development at METACO, Comments on  The Productive Use Of Blockchain

“Deloitte’s 2020 Blockchain report confirms that blockchain is no longer a solution looking for a problem. It is clear now that 2017/18 was a period of institutional experimentation, when use-cases were validated with POCs, most of these firms now have a clear roadmap as to a productive use of blockchain.

As a company that delivers infrastructure to the financial sector to enable migration of finance and capital markets onto the  blockchain, we see a broadening interest from Tier 1 and Tier 2 banks to integrate crypto and digital asset custody capabilities into their core banking infrastructure, particularly in jurisdictions such as Switzerland, Germany and Singapore. US banks have similar ambitions but are clearly lagging behind global leaders as the regulatory framework for the banking sector remains fragmented. That said, the launch of Libra and the growth of assets in other stable coins and crypto native financial services provides a growing validation of the business case that the US banks won’t ignore for long. We  are still very early in the adoption curve but that path is increasingly clear and will now accelerate.”

The post Nearly 40% of Respondents Have Blockchain In Production appeared first on ValueWalk.