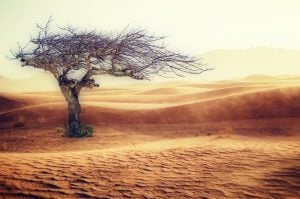 BERKELEY, CA—Nov. 19, 2020—Shareholder representative As You Sow, joined by Calvert Research and Management and the Office of the Illinois State Treasurer, today filed a shareholder proposal at Sempra Energy asking the California-based utility to describe the alignment (or lack thereof) of its lobbying activities with the Paris Agreement’s goal of limiting temperature rise to 1.5 degrees. In recent years, investor concern with Sempra’s corporate lobbying practices that impede climate solutions has grown.

Investors representing $6.5 trillion in assets under management wrote letters in 2019 and 2020 calling on companies in the U.S. to align their lobbying with the Paris Agreement’s goals.

This year’s proposal follows an earlier shareholder proposal with Sempra concerning the potential that its planned or existing natural gas infrastructure could become stranded as the energy market moves inexorably toward cleaner energy resources. Sempra denied shareholders the right to vote on that proposal, claiming its current climate-related actions were sufficient to address asset stranding risk.

If the world is to meet the 1.5 degree Paris climate target, recent science indicates that natural gas, like coal, must be deliberately and rapidly phased out. Sempra subsidiary Southern California Gas (SoCalGas) is the largest gas distribution company in the country.

“Sempra claims it is taking action to reduce its climate emissions, but its efforts to block climate policy tell another story,” said Lila Holzman, Energy Program Manager for As You Sow. “Investors are concerned that such misaligned lobbying efforts run counter to climate goals, delay action, and set Sempra up for increased risk.”

States like California are taking the lead in adopting policy solutions to the challenge of how to transition away from natural gas. In early 2020, the California Public Service Commission launched a rulemaking to examine the potential for stranded assets and rate-setting issues related to managing “the state’s transition away from natural gas-fueled technologies.” New York and Massachusetts have since followed suit with similar investigations. Cities in California (and across the country) have already banned gas hookups for new construction, a trend likely to continue.

“Policy, economics, climate, and ratepayer concerns are converging to move the clean energy transition forward,” said Daniel Stewart, Energy Program Associate for As You Sow. “Investors want to see utilities embracing and promoting policies that align with Paris goals. Instead, Sempra’s lobbying indicates it will continue to fight and cling to business-as-usual reliance on fossil fuels. This strategy is extremely short-sighted.”

For more information on As You Sow’s work on climate change, click here.

As You Sow is a nonprofit organization that promotes environmental and social corporate responsibility through shareholder advocacy, coalition building, and innovative legal strategies. See our resolutions here.