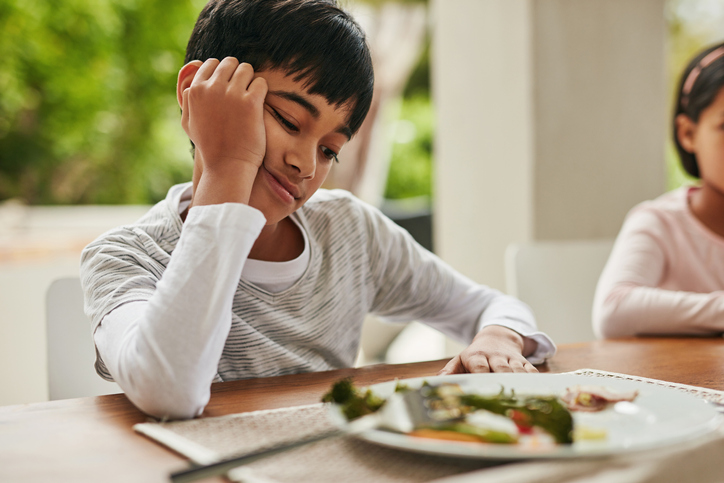 As a pediatrician, I hear it again and again from parents: “My child is a picky eater.”

All children are picky eaters at some point or in some way during childhood; it’s part of how they assert their independence. But some children are pickier than others, stubbornly refusing to eat everything except a few chosen foods.

So what is a parent to do? A new article published in the journal Pediatrics gives some insight into picky eating — and into how we can prevent it and help.

What does this study on picky eaters tell us?

Picky eating starts early — and stays. Researchers looked at the habits of children ages 4 to 9, and found that picky eaters tended to stay that way. That means that parents need to start early to prevent picky eating, preferably before their child turns 2 (and that independent streak really sets in). So offer lots of different foods, including lots of different fruits and vegetables. Don’t cook a separate kids’ meal. Let your child eat what you are eating (with one important exception: no choking hazards). That obviously works best if you are eating a variety of foods, so be adventurous yourself.

Picky eaters are usually not underweight. They are often thinner than their less picky peers, but not in a way that is unhealthy. So unless your pediatrician is worried about your picky child’s weight, parents should not be.

Parenting plays a role too. The researchers found that when parents were very strict about the foods that the child could (and couldn’t!) eat, or were demanding about the child’s eating, the child was more likely to be a picky eater. Some of that could be a chicken-or-egg thing: when a child seems picky, parents might be more likely to want them to eat healthy or high-calorie foods — and really want them to finish them. However well-meaning this may be, it can make things worse.

Being positive makes a difference

Much of picky eating may be related to negative thoughts and memories about certain foods, or eating in general. The more that you are upbeat and positive about eating, the more likely your child will be that way too. Here are some ideas on how to do that:

It may take some time for changes to take effect, so be patient. If it seems like nothing is working, talk to your doctor. Together you can figure out what to do.