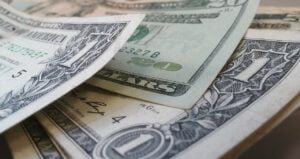 The rising wealth gap is one of the most pressing issues in the United States. There is a popular perception that most of America’s millionaire population is concentrated in New York and California. But the reality is a little different. Here we take a look at the top 10 American states with the highest concentration of millionaire households. Surprisingly, New York doesn’t feature in the top 10 because only 7.52% of its total households are millionaires. It occupies the 12th place.

According to the report, a staggering 8,386,508 out of 125,018,808 households in the country enjoyed the millionaire status in 2019. That’s 6.71% of the total households, up from 5.81% in 2017. To be classified as a millionaire, a household must have at least $1 million in investible assets excluding the primary residence and employer-sponsored retirement plans.

Remember that the ranking is for the year 2019. It’s too early to say how the COVID-19 pandemic would affect the economy, business and jobs in 2020. Only time will tell whether things will get better from here or worse.

Ranked: States with the highest concentration of millionaire households.

Alaska has only 272,739 households, but 22,302 of them are millionaires. Oil is the main source of wealth for most millionaires in Alaska. It’s also one of the most tax-friendly states with no state income tax. The state government even pays you an annual Permanent Fund Dividend if you’ve lived there for at least a year. But your money doesn’t go far in Alaska because almost everything is ridiculously expensive there.

According to Phoenix Marketing International, 8.31% of all households in Virginia are millionaires. Most of the millionaires in Virginia live in suburbs around Washington, D.C. The cost of living in Virginia is close to the national average. The state’s job market has been hit hard by the COVID-19 pandemic. According to WalletHub, the unemployment claims increased a staggering 5333.52% from March 2019 to March 2020.

Out of 539,929 households in New Hampshire, 45,758 have a net worth in excess of $1 million. Laconia and Concord have a high concentration of millionaire households. New Hampshire is one of the most tax-friendly states in the country. New Hampshire has numerous recreational attractions including skiing, hiking, mountaineering, snowmobiling, and other winter sports.

California has a total of 1,147,251 millionaire households, according to Phoenix Marketing International. That’s 8.51% of all households in the state. California has more millionaires than any other state in the country. It is home to the Silicon Valley and Hollywood, both of which are loaded. However, real estate in California is ridiculously expensive.

The national capital attracts highly educated individuals looking for jobs with fat paychecks. Washington, D.C. has 29,506 millionaire households. But the cost of living in D.C. area is almost 50% higher than the national average. The median home price in Washington, D.C. is $640,783.

Massachusetts is home to educational institutions like Harvard, MIT, and Wellesley College. It has a booming startup ecosystem and several Fortune 500 companies. So, the fact that Massachusetts has 254,201 millionaire households shouldn’t surprise anyone. The cost of living in Massachusetts is 22% higher than the national average.

Connecticut’s proximity to New York City has helped it attract the wealthy. In Connecticut, 130,291 out of 1,380,296 households are millionaires. Many of them commute to NYC for work. Several hedge fund billionaires have made it their home. Cost of living in the state is slightly higher than the national average.

Maryland is one of the best states when it comes to the concentration of STEM jobs. It benefits from its proximity to the national capital of Washington, D.C. According to Phoenix Marketing International, 221,189 out of 2,274,491 households are millionaires. The cost of living here is 18% higher than the national average.

New Jersey has the highest concentration of millionaire households in the country. Out of the state’s 3,312,916 households, 323,443 have investible assets in excess of $1 million. Most of New Jersey’s millionaires work in New York City. New Jersey is also home to nearly a dozen Fortune 500 companies.

The post Top 10 states with the highest concentration of millionaire households appeared first on ValueWalk.