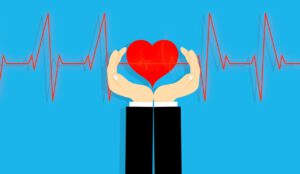 This is part four of our six-part series on charitable giving. In this article, we focus on why people use private foundations to execute their charitable mission.

In our last article, we learned why Dean and Jessica Howard would want to use donor advised funds, which let them maximize the impact of their giving by “decoupling” their charitable contribution (and tax deduction) from their charitable grants. Using a donor advised fund, the Howards could make a large charitable contribution in the year they sold their business without having to make a correspondingly large one-time gift to the hospital (or other charities). Instead, they could contribute funds as they are needed, and thereby make a greater philanthropic impact.

But what if the Howards charitable mission evolves? And when would that evolution lead to the use of a private foundation?

What is a Private Foundation?

By law, a private foundation is a charitable organization that does not qualify as a public charity. The implication of that “failure” is that there are more restrictions on contributions, lower deduction limits and more operating restrictions. Those restrictions certainly result in higher administration and compliance costs and often result in a higher cost of giving (and thereby, less economic charitable impact).

Given these constraints, if someone’s charitable purpose can be met by direct giving or a donor advised fund, those vehicles should be chosen. But what if they cannot?

As highlighted in previous articles, direct giving and donor advised funds are powerful giving tools when a charitable mission can be accomplished through the operations of a public charity. If an alumni of the University of Wisconsin wants to help the school, a direct gift does that perfectly. If a donor wants to fight cruelty to animals, a gift to the SCPA effectively accomplishes that purpose. But what if no charity’s purpose aligns with the donor’s?

For example, what if the Howards find that no charity is focused on the eradication of pediatric neuroblastoma? In that situation, no charitable gift, either direct or through a donor advised fund, furthers the Howards’ charitable purpose.

Lance Armstrong and his advisers became frustrated with the lack of progress and focus on cancer research in the American Cancer Society and other similar charities and decided to make a more direct impact on cancer eradication. So, one reason the Howards might create a private foundation is to most directly, and most effectively, attack pediatric neuroblastoma.

Another reason that the Howards might want to create a private foundation is to further a family mission that is focused on philanthropy. While direct giving or donor advised funds oftentimes achieve that family mission, there are situations where the charitable goals can only be achieved by building a “family philanthropy business.” That is the essence of a private foundation.

For example, let’s imagine the Howards’ children getting older, getting consulted on family mission and joining the family passion to eradicate childhood cancer, particularly pediatric neuroblastoma. It becomes such a family passion that the Howard family knows more about the disease, the research and its treatment than almost anyone in the world.

The Howard family cares so much about this cause that it is willing to use a substantial portion of the family assets to fight this disease. In this situation, this family’s passion can be best met by building a Howard family business dedicated to the eradication of pediatric neuroblastoma. That business, wherein the Howards can develop the strategy and directly oversee the execution, can only be achieved with a private foundation. The power of the Howard family purpose and passion make the challenges and costs of a private foundation worth it for them.

When one runs an internet search on charitable giving techniques, unfortunately the results will be replete with advocacy articles: why one type of giving (direct, donor advised fund, private foundation) is superior to the others. But the Howards show us the fallacy of that mindset.

At different times, each giving technique was right for the Howards, each different strategy best accomplished their charitable mission at that time. Charitable giving is not a one size fits all world; it is like all strategic planning. First, uncover and document the purpose. Then, figure out how to best accomplish that purpose.

Across these first four articles in our six-part series, we focused on the Howards, a family dedicated to using a portion of their wealth to accomplish a charitable purpose. But what about people who have no charitable inclinations? People who solely want their wealth utilized to maximize their independence and legacy goals. Is there a place for charitable planning for them? As we will see in articles five and six, we will learn, in the right situation, there is. In other words, they can give more in order to keep more.

The post Using Private Foundations to Build a Family Culture of Philanthropy appeared first on ValueWalk.