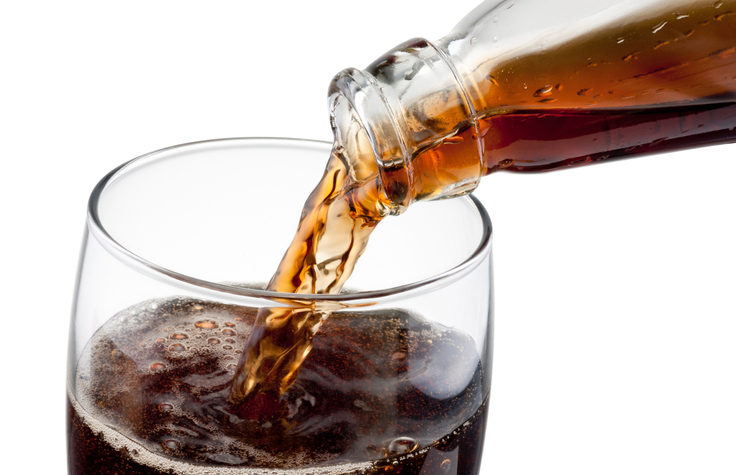 Are you trying to cut back on calories by making the switch from regular soda to diet soda? Do you prefer carbonated water with a bit of flavor, such as Hint or LaCroix? Or maybe you’ve purchased a carbonating device like SodaStream or Drinkmate?

Research suggests that none of these choices may actually help with weight loss. Worse, they might even lead to weight gain! The reason might surprise you. It sure surprised me.

The problem with regular sodas isn’t just the calories

If you’re drinking two 12-ounce cans of regular Coke each day, you could eliminate 280 “empty” (non-nutritive) calories by switching to a zero-calorie alternative. Over a month, that’s 8,400 fewer calories, enough to lose almost two and a half pounds. So, what’s the catch?

One worry is that artificially sweetened diet sodas may create a craving for sweet, high-calorie foods. So, even as calorie counts drops from zero-calorie sodas, consumption of other foods and drinks might add back even more. In rodent studies, at least one artificial sweetener (aspartame) has been found to damage a part of the brain that tells the animal when to stop eating.

One factor complicating the study of zero-calorie beverages and weight loss is called “reverse causation.” People at risk for obesity tend to choose these beverages, making it appear that these drinks are to blame.

Of course, there are other health concerns associated with artificial sweeteners, including a possible increase in the risk of certain cancers, cardiovascular disease, and kidney problems. The evidence for this isn’t strong enough to be sure, though.

Surely carbonated water with no artificial sweeteners is fine?

But a 2017 study of humans and rats casts doubt on this approach, too.

Here’s what the researchers found:

And now, the humans: 20 male students drank five drinks, one at each sitting during a one-month period. The drinks included water, regular soda, regular soda that had gone flat, diet soda, or carbonated water. Soon after, their blood ghrelin levels were measured.

When students drank any carbonated beverage (regular soda, diet soda, or carbonated water), their ghrelin levels rose to higher levels than when they drank water or flat soda.

Although this study did not assess the students’ food intake or weight changes after drinking different types of beverages, the increased ghrelin levels after carbonated beverage consumption make it plausible that these drinks might lead to hunger, increased food consumption, and weight gain. And that’s cause for concern.

It’s worth emphasizing that drinking an occasional regular soda or other carbonated beverage is not hazardous. The question is, what’s your default drink of choice — and what are its possible consequences?

While plain water might be best healthwise, for many it’s not the most appealing choice. If you prefer to drink soda every day, it makes sense to switch from regular to a zero-calorie alternative. A low-calorie carbonated beverage may still be a reasonable choice, as long as you keep an eye on the rest of your diet and your weight.

Stay tuned for future research assessing the health effects of a range of low-calorie beverages. While it’s good to have choices, it’s also good to know the pros and cons of each one.