Overall, the insurance-linked securities (ILS) market is maturing in an attractive manner but as new sponsors and jurisdictions enter the fold, there’s a need for continued education, according to global law firm Mayer Brown. 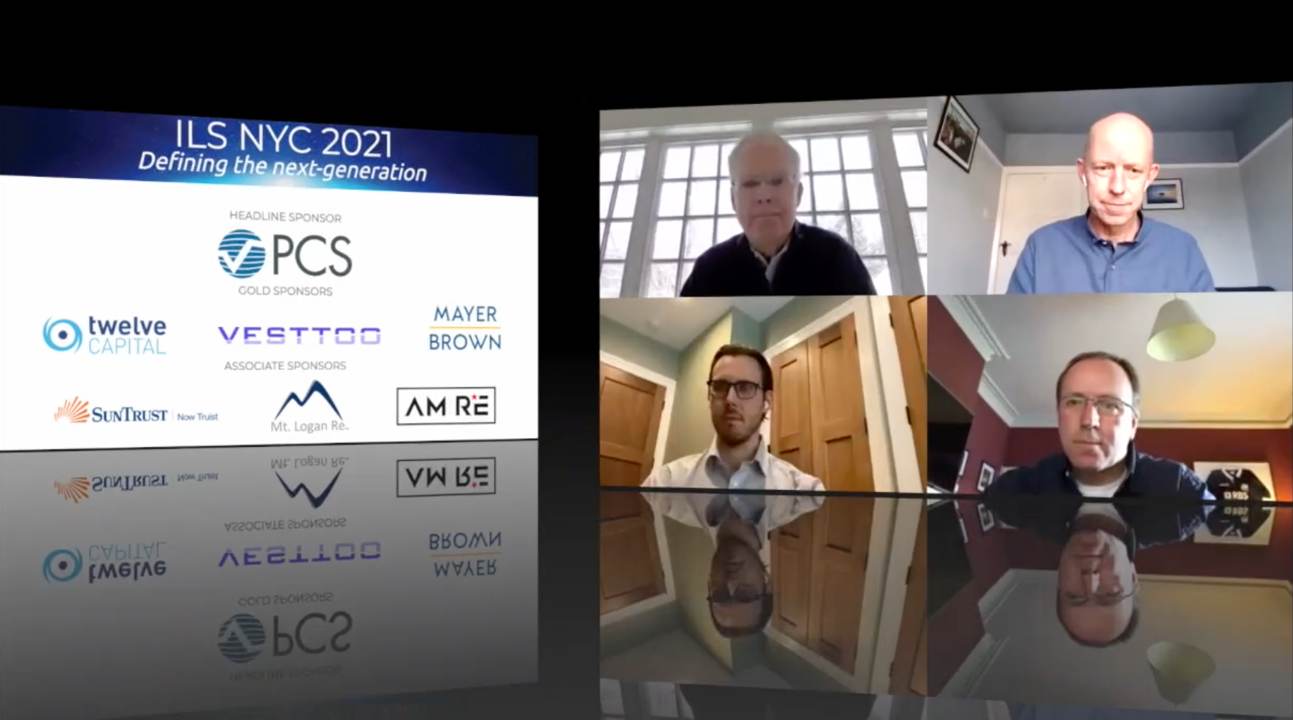 The legal work in the ILS world is significant and critical in driving innovation and ensuring everything is in order, the way both sponsors and investors really need it to be.

Against this backdrop, the final day of our Artemis ILS NYC 2021 conference commenced with a discussion with three Partners from Mayor Brown, all of whom work on numerous ILS transactions and structures.

To start, Steve Rooney commented on the maturity of the marketplace, which, having been around for more than two decades, is now in the “young adulthood phase.”

“In those first 20 years I think there was a relatively slow start to the amount of bonds outstanding, if we think about ILS market initially as the property cat market. And, in those years it stayed relatively modest. I think after 2007/2008, ironically right around the time of the financial crisis, some major insurance company sponsors came to market and it seemed to be more of an accepted risk management tool,” said Rooney.

Since the global financial crisis, the catastrophe bond market and broader collateralized reinsurance has gone from strength to strength and as noted by Rooney, the level of property cat bonds outstanding today, at $30 billion, is quite remarkable.

“And, 2020, obviously, as you’ve reported, being a record year in terms of volume of issuance, that’s certainly a sign of maturity. There were 36 sponsors that came to market last year in 46 transactions,” he continued.

According to Rooney, another sign of market maturity is the fact that some of those insurance or reinsurance company sponsors were new, but also many were repeat sponsors tapping the capital markets to renew expiring bonds.

“We’re now are at a point in the maturation of this market that regular sponsors have been using programs now over and over, and they’re into the third, fourth, fifth generation. So, that’s certainly a sign of maturity.

“The last point I’ll mention is that, I think the market’s been tested. Hurricanes went silent there for a time in the recent past, but then re-emerged and even before they went silent, in storms like Katrina, there were bonds outstanding that involved loss payments. There’s been very few legal challenges to the mechanics of the bond structures and how they work, and to our knowledge none of those legal challenges have been successful.

“So, the structures have evolved in a way that they work, they’ve been tested, and that’s a sign, I think, of maturity,” he added.

Expanding on these points, panellist Ricky Spitzer highlighted the benefits of increased optionality in the market today as new jurisdictions establish regimes to facilitate ILS and collateralized reinsurance business.

“The only way you’re going to have change and evolution is if there are opportunities to do things in different ways. If you keep doing the same thing, every deal the same way, it’s very easy to just do what was done before, because that requires the least amount of effort and work,” he said.

Adding, “But, sometimes, even though it can be more work to move to a new jurisdiction to do something a different way, you may discover in that process that well actually, this was a better way to do this, or this is actually adding an opportunity for this type of a transaction that maybe wasn’t there before.”

Spitzer went on to highlight the evolution of the market, in terms of jurisdictions, over the past 20 or so years. He explained how transactions went from being almost exclusively in the Cayman Islands before later shifting to Bermuda as the region put in place its special purpose insurer regime.

More recently, he continued, Singapore has developed its framework for ILS which is increasingly being utilised, while Hong Kong is also looking to become a hub for ILS business in the near future and to start, is going to target Chinese risks.

Panellist Colin Scagell agreed that more choice is good for the industry and urged that rather than this being seen as competition, it should be embraced as being complimentary.

“There are certain sponsors, and for a whole variety of reasons, that drive a particular market or a new jurisdiction to open. Lloyd’s is the obvious one in the UK regime. In determining whether that’s going to be successful or not, I still think it’s early days, more broadly, across the whole UK regime. It certainly has benefited certain sponsors, but I think that when people are choosing jurisdictions they are looking at a whole bunch of factors including timing, costs, efficiencies, and in some cases, it just makes sense,” explained Scagell.

Adding, “One thing we’ve seen is that if you’re a new sponsor also dealing with a new jurisdiction, and a new set of rules, that is just invariably going to take longer and it’s going to require upfront investment of time, legal fees and education.

“So, we still feel that the market is maturing nicely, but there’s still a lot of education that needs to go on and people shouldn’t be afraid of that, they should embrace it.”

The session, which was broadcast first to event registrants on Thursday 11th Feb, can now be viewed below:

Every session from ILS NYC will be made available more broadly via our Artemis Live video channel and audio versions will also be shared via our podcast as well.

Please visit our sponsors page, as without the kind support they provide we could not bring these event broadcasts to you.

Please visit our sponsors page, as without the kind support they provide we could not bring these event broadcasts to you.