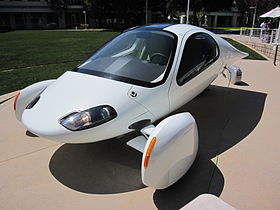 Renewable Solar Resources regularly provides free consultations for homeowners and commercial property owners interested in a solar conversion to run homes and businesses on solar power.  For no charge, the team at Renewable Solar Resources will come out to your site, check electricity usage efficiency and determine whether there are sufficient Photovoltaic rays to power the site.  The audit will cover energy saving suggestions, some as simple as light bulb changes or appliance changes.  When you have the results, you are armed with enough information to determine whether you are a candidate for a solar conversion.  When you are ready to get started, click here.

You will be in good company.  Solar Power conversions are happening all over the country, and the world.  Public utilities are constructing huge windfarms and solar arrays, and homeowners are investing in the renewable power of the sun to run their homes on clean energy.  People are not just converting their homes to solar power; they’re converting businesses too.  Retail giants like Walmart and Target are installing solar arrays for their businesses, and even Disney has a giant mouse head shaped solar panel array.

As homes and businesses harness the wind and sun, it makes sense that transportation would not be far behind.  While cars, trucks or planes have not been mass produced, it appears cars, at least, are about to join the production line.

We have published posts about solar powered cars before.  As one observant reader reminded me, it’s a nice idea, but they aren’t out there yet.  That was last year.  Today solar powered Aptera tri-wheels are already preordered for delivery this year – 2021.  Well, hello Bat Mobile!  Because the black Aptera Trike is almost a twin to the famous supercar.  If you don’t care for Bat Mobile drama, you have other colors to choose from too.

Just like solar powered homes, solar powered cars can be affordable.  February 18, Aptera motors announced a Series A round of financing at $4 million.  Aptera has received 7,000 reservations of their new electric vehicle.  At around $25,000 to $46,900 each, the aptera electric tricycle boasts 34 square feet of solar cells to generate electricity to power the three wheeled car for daily commutes.

When Renewable Solar Resources performs a solar conversion on your home, they inform site owners on energy efficiency opportunities. In fact they make sure to walk you through the energy audit listing real updates you can make onsite.  Depending on the changes made, you will save on electric bills and on energy usage.

Aptera has worked hard to make this car super-efficient too.  Aptera The Car’s solar EV charges itself when you park it in the sun, reducing the need to plug in when you stop.  If there isn’t enough sun or you are driving at night, you can plug in the car and recharge it.  Meanwhile, the car’s sleek efficiency means you won’t need to charge nearly as often as other electric vehicles.  The car has been modified with almost obsessive attention to details for enhanced aerodynamic performance.  The results mean less than 100Wh per mile for normal daily driving.  Compared to other electric vehicles with similar sized solar systems, the Aptera can go five times farther.

With all that attention to aerodynamics, you might think the car has thousands of parts.  There are four parts.  That makes additive manufacturing possible, with less labor and less manufacturing space required.  It also make the Aptera Electric Trike more affordable than other solar cars coming on the market.

So not only are solar powered cars likely to be mass produced this year, but they will be affordable to average income homes.  Finally, auto manufacturing will begin to harness the power of the sun.